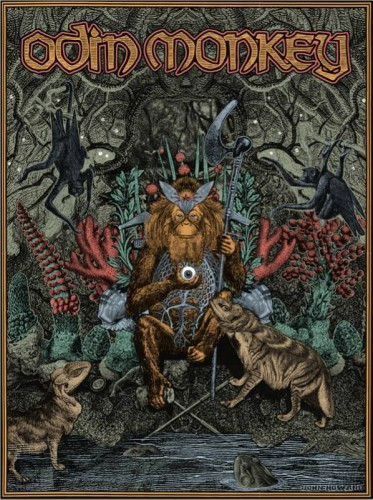 This news item isn’t the kind of thing you see every day. In March, the company that makes the Firefox web browser (Mozilla) rolled out in test mode a significant new module for the browser called OdinMonkey — and gave credit to Amon Amarth as the musical inspiration for the name. And as of this week that module is now included in the latest Firefox release.

Now I know a few things about computer hardware and software, but the knowledge doesn’t go especially deep, so there will be a limit on how well I can explain what OdinMonkey does. But here goes (and I hope readers who know this stuff better than I do will correct me if I fuck it up):

Every web browser includes a JavaScript engine, which is software that interprets and executes JavaScript (a type of programming code) delivered by web servers, and that allows users to see and interact with web pages on their computers and other personal devices. OdinMonkey is a module for the JavaScript engine embedded in Firefox that will dramatically speed up the execution of JavaScript, boosting performance by 1000% or more, improving the ability to play games online and to use web-based applications. According to an article I found on the ExtremeTech web site:

…Not only does it boost performance by a huge margin, but it could also act as a cornerstone for web apps that actually perform like their installed, native cousins. In short, OdinMonkey could finally allow for a web-based Adobe Photoshop or Crysis.”

And now here’s the metal part of this story. According to Luke Wagner, a software engineer at Mozilla who announced OdinMonkey on his blog, this was “the musical inspiration for OdinMonkey”: END_OF_DOCUMENT_TOKEN_TO_BE_REPLACED