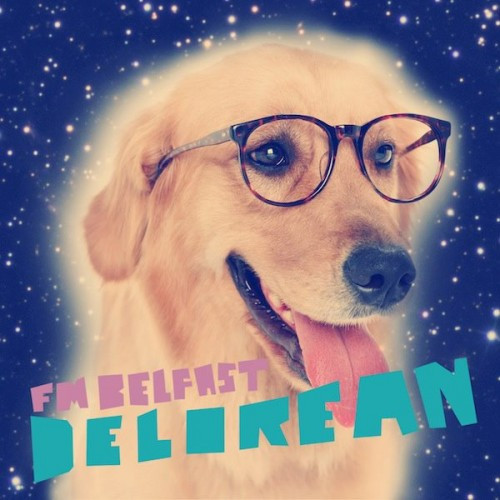 It appears we’ve driven the NCS funky train right off the rails today. I would offer apologies, but apologizing isn’t metal. The metal thing to say when you feel the impulse to apologize for something is “Fuck you, bitch”. So, fuck you, bitch.

Phro started this. To begin our day, he jumped the rails with that Head Asplody thing. Since the train is already barreling through the sticky underbrush of metalicized J-pop and red pandas, I feel entitled to bring you “Delorean” by FM Belfast before we get our engine back on the road to Hell.

Although the stainless-steel, gull-winged Delorean was actually manufactured in Belfast, FM Belfast are not from Belfast, nor even from Northern Ireland. They are from Iceland, which by itself may be enough to make this metal. There are other aspects of the band’s video for “Delorean” (which premiered on June 21 via IFC) that are kinda metal, such as the massively nerded-out collection of figures in the protagonist’s room (don’t blink or you’ll miss our on the Michelin man). I also couldn’t help but like the idea of this massive, bearded dude (portrayed by Njörður Njarðarson) collecting . . . well, you’ll see what he collects.

And then there’s the song itself. It’s synth-driven electro stuff that’s just fucked up enough to be intriguing, and man does it have a devilish hook embedded in it. Also, the first time I heard the chorus, I thought they were singing, “This shit will blow up your ass”. END_OF_DOCUMENT_TOKEN_TO_BE_REPLACED