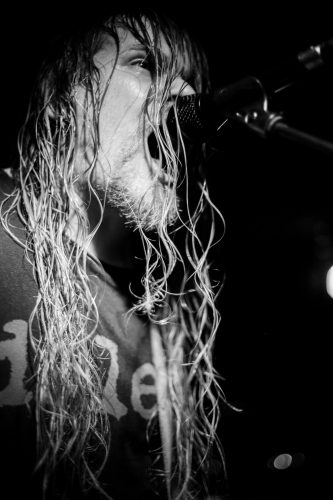 Fourteen years ago Basel-based power-trio Zatokrev recorded their debut self-titled album. Frederyk Rotter (vocals, guitars), Marco Grementieri (bass), and Silvio Spadino (drums) brought forth a tensive, savage, and energetic blend of extreme doom and sludge. Over the years the band went through a series of metamorphoses, developing with each new record and enriching the sound with post- and some avant-garde influences.

Since April 13, a vinyl reissue of Zatokrev has been available for shipment via Plastic Head. It’s a good reason to talk with Frederyk about Zatokrev’s milestones, as he’s the only member left of the original lineup. END_OF_DOCUMENT_TOKEN_TO_BE_REPLACED