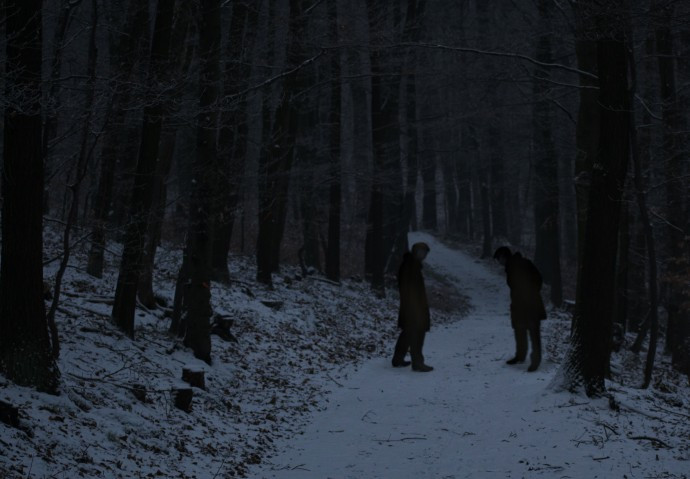 (Comrade Aleks brings us another interview, this time with Simon O. of the Argentinian funeral doom band Fungoid Stream.)

So what do we have here today? Another Italian doom outfit? Wrong answer! Fungoid Stream is a funeral doom duo from Buenos Aires, Argentina. Joseph C. and Simon O. are dedicated researchers of Howard Phillip Lovecraft nightmares and each of their three albums are based on his writings. Also it’s known that Simon O. has his solo project Qhwertt – an experimental funeral thing with a conception built around Clark Ashton Smith stories.

Indeed, the third Fungoid Stream work Prehuman Shapes was released a year ago (once more with the help of Furias Records), but something scratching and whispering in my dreams has made me think about Fungoid Stream more often than I’d like to. It seems that Simon O. was waiting for my answers because he answered even faster than I could expect. It is strange… Well, probably just a coincidence… Anyway, I need to thank Eduardo of Furias Records for organizing this interview. END_OF_DOCUMENT_TOKEN_TO_BE_REPLACED