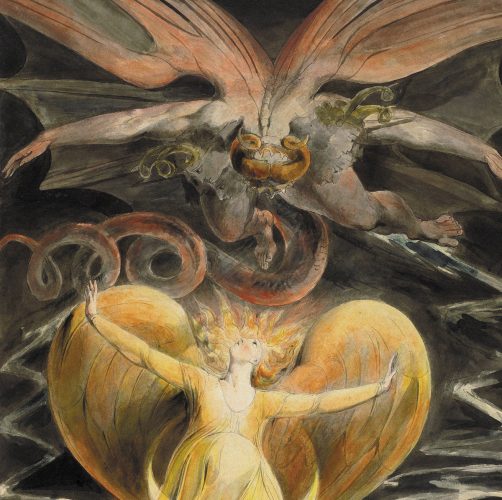 Golden Light are a new band formed by E. Henderson (also of Njiqahdda), who handles all instruments and sounds, and vocalist Meghan Wood (Crown of Asteria). Their debut album, Sacred Colour of the Source of Light, will be released by Iron Bonehead Productions on April 24th. William Blake‘s painting “The Great Red Dragon and the Woman Clothed in Sun” makes for a perfect cover, given the nature of the music.

Regarding that nature, Iron Bonehead’s publicist has written of these four songs (three of which are of significant length), “their spectral sorrows shoot a brilliance that’s blinding and bellicose in equal measure: a mystical, sun-drenched swarm of sound that embodies and defies black metal simultaneously, orthodoxy UN-done and recast”.

The tendency to portray the music in words used mainly for visual experience is irresistible (as you will see), but the music also has a near-relentless physical momentum that in itself becomes a method of creating a trance, as well as a multi-faceted effect on the emotions. END_OF_DOCUMENT_TOKEN_TO_BE_REPLACED 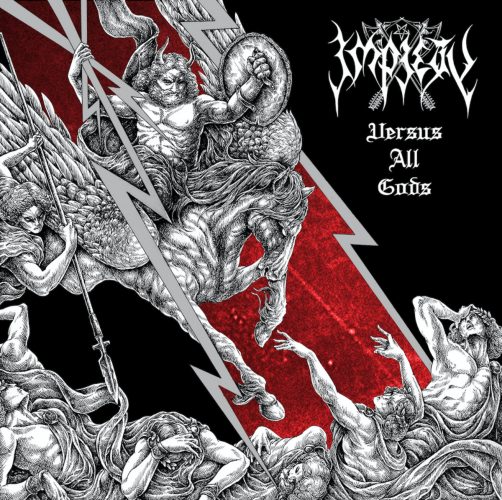 Versus All Gods is the ninth full-length by this famous Singapore band, and the first one since 2012’s Revenge & Conquer. In those seven years two new guitarists joined the line-up, and something happened to the song-writing as well — something that seemed to convey rejuvenation, a return to the thermonuclear energies that fueled earlier releases, coupled with the mastery that comes with experience, sort of like a barbarian horde that has learned through decades of successful conquest how to decimate even more powerfully and brutally. END_OF_DOCUMENT_TOKEN_TO_BE_REPLACED