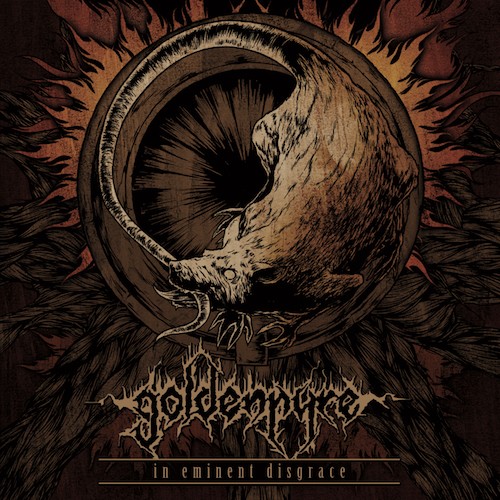 You were meant to suffer, to experience the collapse of empirical foundations you thought could be relied upon, to bend before winds of pestilence, shuddering in a last paroxysm before suffocation claims you and your remains are consumed in a deluge of fire. Raise high a crown for decadence… because Yod Sabbaoth cannot save you.

Judging from the song titles in Goldenpyre‘s debut album, In Eminent Disgrace, all of which I just worked into that first paragraph above, this Portuguese band’s outlook on existence is morbid and brutal… or perhaps not… but they’ve certainly done a hell of a job capturing the ravaging horrors of insanity, disease, and death in their first full-length. The album will be released on April 20 by Signal Rex and a consortium of other labels, and today we present a full stream of its eight songs. END_OF_DOCUMENT_TOKEN_TO_BE_REPLACED