As previously reported in these pages, Tasmania’s Psycroptic and Prosthetic Records have joined forces to bring about the release of the band’s new self-titled album worldwide next spring (EVP Recordings will be handling the release in Australia, New Zealand, and Japan). To begin paving the way for the album release, tomorrow (November 4) Prosthetic will release a digital single from the new album, a song named “Echoes To Come”. I’ve gotten to hear the song in advance, and I’m really liking it. END_OF_DOCUMENT_TOKEN_TO_BE_REPLACED 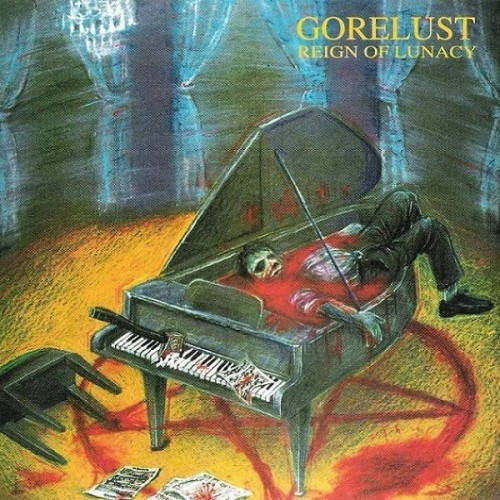 As the name would imply, Gorelust is death metal. Reign of Lunacy, released originally in 1995, was the Quebec band’s debut and only full-length album. The album is short (clocking in at just under 30 minutes) but absolutely refuses to relent for its entire running time. Being released in 1995, this album presents an interesting form of death metal: it sounds like the missing link between Cryptopsy’s 1996 masterpiece None So Vile and their much more tech-death oriented 1998 beast Whisper Supremacy (it’s worth noting again that this was released in 1995). The production sound is close to Whisper Supremacy as well, which makes sense, as Cryptopsy’s frequent partner-in-crime Pierre Remillard engineered this album. END_OF_DOCUMENT_TOKEN_TO_BE_REPLACED