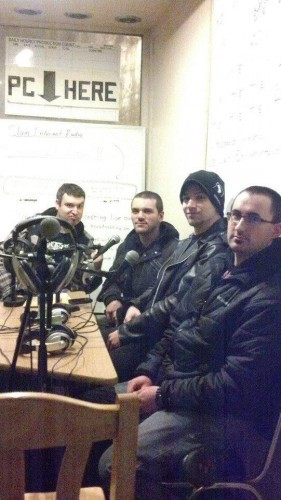 (This little round-up is provided to you courtesy of NCS writer DGR.)

Chicago’s Mechina are now close to five months in from their unleashing their excellent release Empyrean. However, they’re not a band to just sit on their laurels and instead have been hard at work on quite a bit of new music. They’ve already discussed a follow-on trilogy of musical releases — which in itself is ambitious as hell — but the group have also been putting out the occasional oddball single/cover and have recently made a couple of them available for free download.

It’s done through a website called WeTransfer, which I’ve never heard of before, but it seems legit and it checked out on the two webrep style programs I use, and neither song has given me any crazy-ass computer sickness as of the thirty minutes ago that I downloaded these things. Plus; if anything does happen we know the band are based in the Chicago area and, really, how hard is it to find four or five guys within a mass of millions, right? Now, let’s discuss the songs.

First up is “Anicetus” – which is an electronica-augmented song that the band proclaims is a “dubstep/whatthehellyoucallit” track made for the hell of it. As someone who has been exposed to an oddly heavy amount of the genre I can say that yes, there are definite elements of it throughout the whole song, so there’s no denying its presence. However, the amount of noise, guitars, electronics, and orchestral elements combine to make something that is oddly compelling. END_OF_DOCUMENT_TOKEN_TO_BE_REPLACED