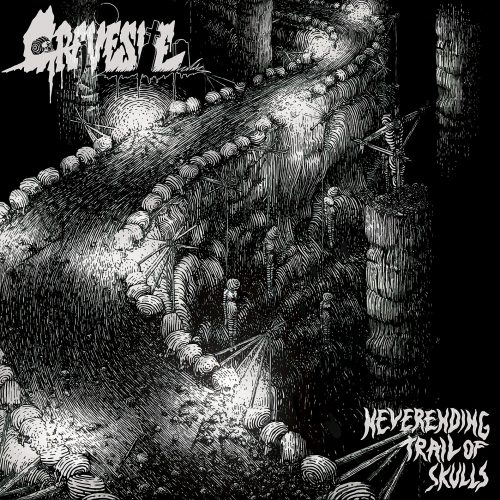 “Neverending Trail of Skulls” could well serve as the name of the path followed by extreme metal from the late ’80s up to the present and beyond, but instead it’s the name of the second album by the Italian band Gravesite, whose line-up includes members of the late lamented Undead Creep, as well as Haemophagus and Cancer Spreading (among others), and whose fixation with horror is spread all over this new record.

The album is set for release on August 1 by Xtreem Music, and what we bring you today, swaddled in bloody rags, is a song bearing the gruesome title “Postmortem Fetal Extrusion (Coffin Birth)“. END_OF_DOCUMENT_TOKEN_TO_BE_REPLACED