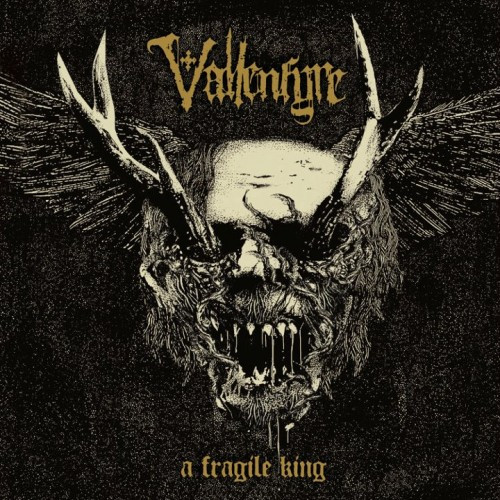 The percussion rhythms are also something of a throw-back. With minimal use of blast-beats and double-bass, Adrian Erlandsson enlivens the music with fills that are as interesting as they are remorseless (and, of course, we get a healthy serving of tasty d-beats, too). And then, there are Greg Macktintosh’s vocals . . . END_OF_DOCUMENT_TOKEN_TO_BE_REPLACED

(This is the first of two NCS reviews of A Fragile King by Vallenfyre. The author of this one is TheMadIsraeli.)

If you didn’t already get the point from our numerous posts about these guys, they’re the shit.  Islander was going to review this, and I hope he still does. I’d hate to think I stole some fun from him, but considering that this is filthy, dank, dingy, doom-soaked, old-school death metal, it’s right up my fucking alley and I can’t resist writing a review.  If you’re a total whore for bands like Asphyx or Hail Of Bullets, as I am, you’ll find a comfortable home here.

If the banshee wail of feedback that starts “All Will Suffer” doesn’t give you a clue, its crunchy buzz-saw toned opening trudge of a riff will.  The entire song is a slog through disease-ridden, stygian marshes at its finest.  The first thing that immediately sticks out is a quality that makes for great death metal:  The ability of a band to insert subtle hints of melody into an otherwise atonal framework.  This is definitely one of the strengths that Vallenfyre has going for them in spades.  A Fragile King is loaded to the brim with memorable half-melodies, we’ll call them.

“Desecration” actually has a purely melodic outro, a mournful one with an almost funeral-doom character, in contrast to the song’s otherwise dissonant and sinister aura.  Other tunes like “Ravenous Whore” or “Cathedrals of Dread” bring the speedier moments of savagery, eviscerating everything above and below.

The riffs are solid, burdensome, and colossal in scope.  Listening to them almost produces a sensation of being drowned in a tidal wave of blood-soaked flesh. What also hooks me about this album is the absolutely immense Winter vibe (fittingly, I recently wrote a “Revisiting the Classics” piece on Into Darkness). “Seeds” really channels that feeling, but raises it (or rather sinks it) to an entirely new level of grim and morbid.  You can literally feel yourself subsiding into the floor. END_OF_DOCUMENT_TOKEN_TO_BE_REPLACED 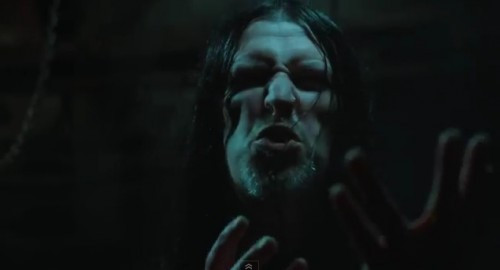 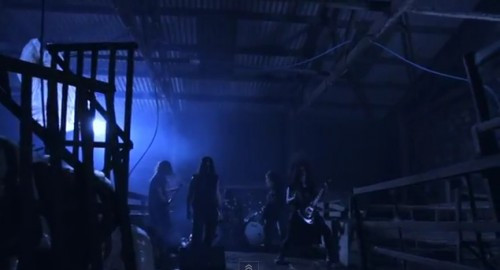 A short time ago this morning, Vallenfyre released their first official music video for music from their forthcoming debut, A Fragile King (hitting the streets via Century Media on November 1). The video features the song “Cathedrals of Dread”, which Vallenfyre frontman and songwriter Greg Mackintosh has described as a condemnation of religion: “I am a staunch atheist, and I think that all religions are quite strange—and the people who control them are very sinister. This quote by Edward Gibbon says it all: ‘Religion is regarded by the common people as true, by the wise as false, and by the rulers as useful.'”

Musically, the song itself is an interplay between crawling, crushing, distortion-heavy doom and a more up-tempo barrage of old-school death metal — a raw, stomping buzz of chainsaw riffing and thundering rhythms. It’s grim without being the least bit ponderous.

As for what’s depicted in the video, Greg Mackintosh described it this way in our recent interview of him (posted here): “It is taking the sheep mentality of religion a step further. Kind of a more black and white and more visceral version of the lyrical content of the song.” You can watch it after the jump. END_OF_DOCUMENT_TOKEN_TO_BE_REPLACED 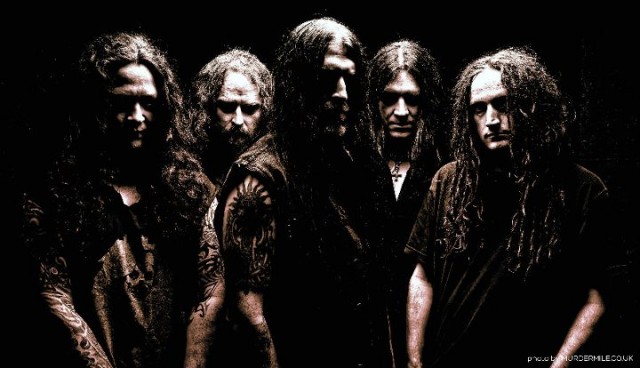 Anyone who’s been reading NO CLEAN SINGING over the last two months knows how pumped we are for the release of the debut album, A Fragile King, by Vallenfyre. Hell, we got very excited before we knew who was in this band or how they came together, just based on hearing pieces of two songs the band had released on a 7-inch single — which apparently was sufficient to land them a record contract with Century Media. Sharp ears, those Century Media folks have.

Once we found out who was in Vallenfyre, our excitement grew. The band was started by Greg Mackintosh, whose name you will recognize as the long-standing guitarist and a co-founding member of Paradise Lost. He wrote Vallenfyre’s music and the lyrics and called together a group of friends to fill out this band — and they happen to be top-shelf musicians too:   Hamish Glencross (My Dying Bride) – Rhythm and Lead Guitars; Mully – Rhythm Guitars;  Scoot (Doom, Extinction of Mankind) – Bass; and Adrian Erlandsson (At the Gates, Paradise Lost) – Drums.

Many albums are inspired by the songwriter’s personal experiences, but A Fragile King is a more personal creation than most. The music and the lyrics were largely the result of Greg Mackintosh’s effort to work through the grief he experienced over the death of his father John from cancer. It’s an album that’s in part a reflection of the anguish and the anger he felt, in part a tribute to his dad, and in part a re-connecting to the kind of metal he loved in younger and happier days — a voyage back in time to a place of refuge and comfort. END_OF_DOCUMENT_TOKEN_TO_BE_REPLACED