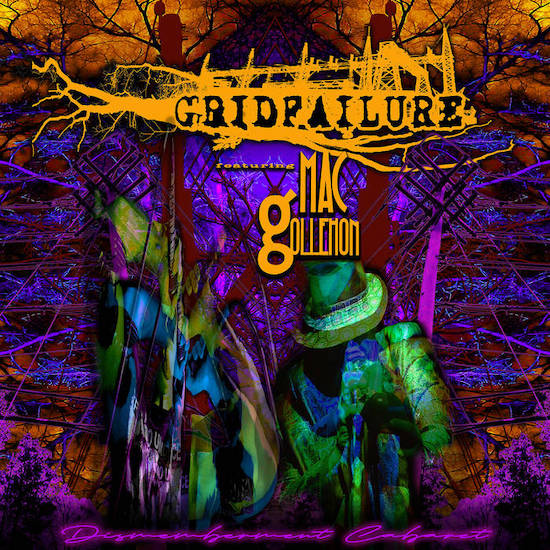 Late last year we had the honor of premiering a video for a song off an EP named The End Is The Beginning by the renowned NYC brass musician Mac Gollehon. It was a diversion from our usual musical interests at this site, but so fascinating that we couldn’t resist. And truth be told, in its spirit and atmosphere it really wasn’t all that far away from some of those interests after all. Both seductive and seditious, the EP created a surreal experience drawn from a midnight other-world.

In its conception and its recording, that EP was the result of a collaboration between Gollehon and David Brenner, who has a variety of accomplishments to his name, including his work in the unpredictable and confrontational audio-visual project called Gridfailure.

What we knew then, but hadn’t yet fully explored, was that Gollehon and Brenner had already engaged in an even deeper and more disorienting collaboration, creating an album named Dismemberment Cabaret that Nefarious Industries released in May 2021. END_OF_DOCUMENT_TOKEN_TO_BE_REPLACED