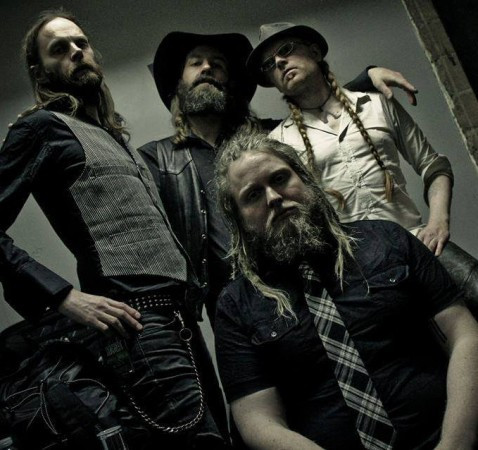 (Our guest Gemma Alexander, who recently brought us a three-part report on this summer’s Eistnaflug festival in Iceland, has delivered one more gift from visit to the festival: An interview with Guðmundur Óli Pálmason, the drummer of Sólstafir. As a bonus, we’re also including at the end of the interview a new video of Sólstafir performing the title track from their new album Ótta live at a large hunting cabin in the Austrian Alps. Visit Gemma’s own excellent blog here

When I talked to Sólstafir’s drummer, Guðmundur (Gummi) Óli Pálmason on the Monday after Eistnaflug, hardly anyone had heard their new album, Ótta. Some of the songs I had only heard played live at Eistnaflug. So at the time, neither of us knew what kind of response Ótta was going to get. If Gummi suspected that it was going to be the Sunbather of 2014, he didn’t let on.

Even without the glowing album reviews that have erupted since, it was already obvious that Sólstafir are swimming in bigger ponds than they were when I first spoke with them (here) in 2012. Then, touring the U.S. seemed like a pipe dream. This year marked their first small tour in North America, five shows plus Maryland Deathfest. Finding a supporting slot on a full U.S. tour seems like a reasonable next step. A headlining tour in Europe is planned for November. Have Sólstafir hit the big time?

“I don’t know. We’re still broke,” said Gummi before admitting, “People think that as bands get bigger things get easier. Actually, the opposite is true. You play more festivals, go on more tours, get less time off, and things get more expensive. We played 15 festivals this summer.” When a schedule change at Hellfest landed Sólstafir in the same time slot as Emperor, people started giving them condolences, and even their label warned them to expect a small turnout. In the event, their venue was packed. “People came to see us anyway. It was a big change to see crowds like that.” END_OF_DOCUMENT_TOKEN_TO_BE_REPLACED

(Almost exactly one year ago we published Gemma Alexander’s great interview of Guðmundur Óli Pálmason, the drummer of what is today probably Iceland’s best known metal band, and a huge NCS favorite: Sólstafir. And today we present his list of favorite releases from 2013, with our thanks for participating in this year’s Listmania series.)

When the awesomely named I.S.Lander (Íslendingur) asked us Sólstafir boys to write a short best of 2013 list there was no way I could say no, even though I should have. I suck at making lists, and I suck even more at making year-end lists. I really can’t decide what’s my most favourite and what’s my second favourite, and third and so on. So the albums I’m writing about here are in alphabetical order, and this year the alphabet only contains 3 letters. Good for me. Also, in later years I have become a lazy consumer, I should be making a best of 2009 list, and the first album on my list will tell you why: 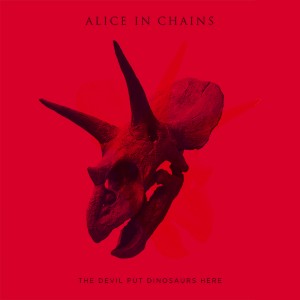 A month or so ago I decided that maybe it was time to check out the new Alice in Chains albums, and by new I mean 2009’s Black Gives Way to Blue, and this year’s The Devil Put Dinosaurs Here. It took a few listens to get into both albums, and I must say there aren’t as many instant hits here as on Dirt, but both albums contain a great “wholeness” and are great for old fashioned isteners like me who listen to an album as a whole. END_OF_DOCUMENT_TOKEN_TO_BE_REPLACED 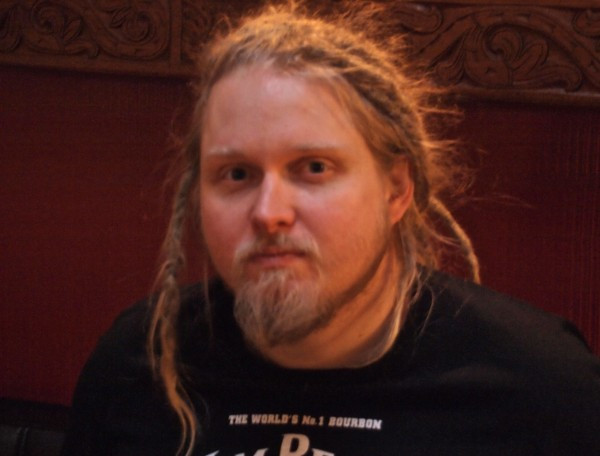 EDITOR’S NOTE: Seattle-based writer and NCS reader Gemma Alexander journeyed to Iceland in late October to see the country, and she timed her visit to coincide with the Iceland Airwaves festival, which included over 420 bands playing all over Reykjavík for five days, plus 400 more unofficial, off-venue performances.

While in Iceland, Gemma generously arranged to conduct interviews of some Icelandic bands for NCS. So far, we’ve posted  her interview of Angist, her interview of Beneath, and her interview of Kontinuum. Today we’re publishing Gemma’s interview of Guðmundur Óli Pálmason, the drummer of what is today probably Iceland’s best known metal band, and a huge NCS favorite: Sólstafir.

The interview is accompanied by Gemma’s photos of Sólstafir on stage at the Harpa concert hall as well as photos she took at the performance they gave at the KEX Hostel — a show that Gemma said changed her life. You’ll also find some truly amazing videos of the KEX Hostel performance at the end of this interview.

And if you haven’t yet checked out Gemma’s blog about her entire Icelandic vacation, do that via this link. You’ll be glad you did.

Sólstafir are a band who need no introduction to readers of No Clean Singing. At last count, this web site had written about the band a full dozen times. It is with great pleasure that I am able to add this interview with Sólstafir drummer Guðmundur Óli Pálmason. Guðmundur gave me a good chunk of his afternoon just hours before sharing a stage with Skálmöld and HAM at the largest heavy metal show ever hosted by the Iceland Airwaves festival. After wandering downtown Reykjavík in search of a place to sit that wasn’t blasting live music, we finally settled in a café for a meaty discussion of Sólstafir’s music, with a side of politics and Eistnaflug. END_OF_DOCUMENT_TOKEN_TO_BE_REPLACED