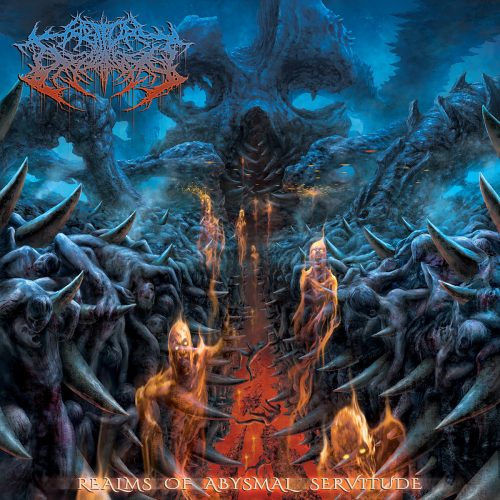 (Here’s Vonlughlio’s review of the new album by the Australian band Habitual Depravity.)

This time around I was given the opportunity to do a small review for the band Habitual Depravity‘s debut album Realms of Abysmal Servitude, which will be released via Reality Fade Records on December 30th.

This project was started in Australia by Jono, and in 2017 the same label (Reality Fade) released a two-song promo, which was well-received and got a lot of us hoping for a full-length release soon. So when the announcement of the debut album was made in early 2018 I was stoked, especially because we learned that the drummer for this effort would be none other than Lord Marco Pitruzzella (Abuse, Hunhau Mitnal, Neurogenic, Six Feet Under, Sleep Terror, ex-Vital Remains, ex-The Faceless), who is one talented speedster behind the kit. END_OF_DOCUMENT_TOKEN_TO_BE_REPLACED