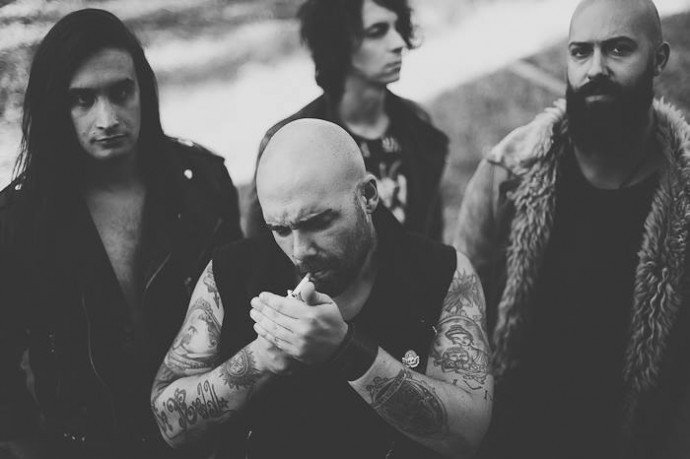 There are a lot of bands who use the tag “occult” in speaking about their music. But the Italian dark masters in the doom stoner band Caronte are not ordinary followers of this genre. They play their songs with true and darkest passion and energy in practicing their mystic sacraments and sharing this experience with Caronte’s listeners. The second full-length album of this Italian cult was released by Van Records under the name Church of Shamanic Goetia in 2014, and once again Caronte have shown their best, revealing new heavy super-hits, as if Danzig himself were playing with them! I’ve used a chance to speak with Henry Bones (bass) about this new record.

Hello Henry! Caronte has released the album Church of Shamanic Goetia through Van Records in 2014. And though the band’s core remains the same, I hear some advancements in your music. How do you class the band’s evolution?

From the previous releases we are all matured a lot, both on a human level and at the level of composition. On our last album we really expressed ourselves as never before.

By the way, how many virgins did you put on the devil’s altar to gain such driving riffs and catchy tunes?

You should ask at our drummer Mike. Normally he is dealing with the virgins. END_OF_DOCUMENT_TOKEN_TO_BE_REPLACED