Holocausto’s new album Diário de Guerra is the closing of a circle, an enormous circle of time that began moving 35 years ago. It brings this Brazilian band back to where they began, and may be the completion of a changing career as well.

The new music stands defiantly on its own, but should be considered in the context of history, too. That history began in Belo Horizonte, Brazil, in 1984 when Holocausto first began to take shape. As recounted by J. Campbell in his narrative for Nuclear War Now! Productions, which will be releasing the new album on July 31st: “Along with Sepultura, Sarcófago, Mutilator, and a handful of other bands, Holocausto played a particularly sinister-sounding strain of deathrash (or deathcore, as they used to call it in 1987), which, owing to the evil edge it exhibited, is now regarded as an early expression of the then-emerging black metal movement.” END_OF_DOCUMENT_TOKEN_TO_BE_REPLACED 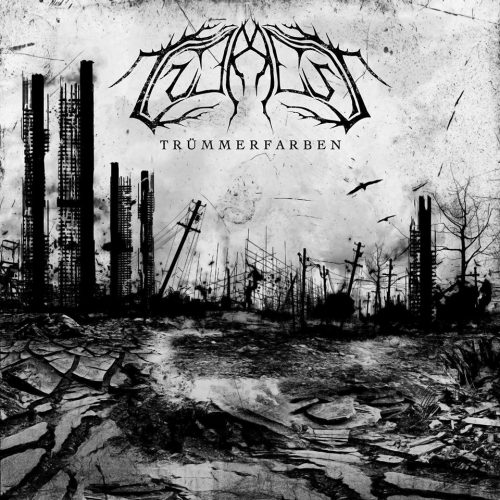 This is the second part of a Shades of Black post I began yesterday. At the risk of drowning you with such a large torrent of music (but when has that ever stopped us?), I have another compilation, plus three full recent releases, plus advance tracks from two more that are slated for release next month. All of them are recommended, of course.

Trümmerfarben is the fifth album from Germany’s Thormesis since 2008, but I don’t think I’ve heard anything from the previous ones. The new album has a release date of February 10 via MDD Records, and what you’ll find below is a lyric video (in German) for a song called “Waheelas Fährte”. END_OF_DOCUMENT_TOKEN_TO_BE_REPLACED