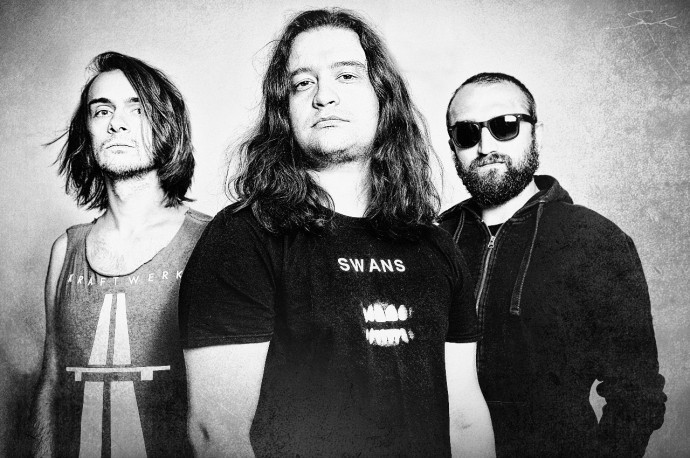 (We present Comrade Aleks’ interview with Igor Sidorenko of the Ukrainian band Stoned Jesus, with photos by Oscar Szramka.)

Here come the robots! The outfit Stoned Jesus (Kiev, Ukraine) was revealed by the Solitude Productions label in the year 2010, with the label then releasing their first (after two demos) full-length release – First Communion. Stoner doom from Stoned Jesus acquired new features and developed over the years and became more artistic, energetic, and alive, so the number of the Stoned Jesus congregation has grown steadily.

In February 2015 they released their third album – The Harvest — and the idea of doing an interview with them began to take shape gradually, but their busy concert schedule became a serious obstacle on the way to transfer this plan into life. Anyway, Igor Sidorenko (guitar, vocals) took the time to answer the quiz directly from the epicenter of another tour. And one more thing – it’s not just another doped stoner band, check the “Here Come the Robots” song… you know.

Salute Igor! How are you? What’s going on in Stoned Jesus’ life?

Hey! We’re currently on tour with Mars Red Sky and Belzebong, so I’m writing this to you from a nightliner, with Goat’s 2012 album playing in my headphones. END_OF_DOCUMENT_TOKEN_TO_BE_REPLACED