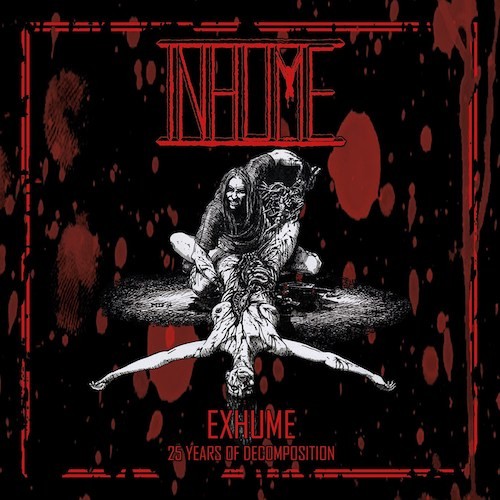 (On December 7th Xenocorp will release a special 25th-anniversary compilation of remastered material across the long career of the Dutch extremists Inhume. In this post Vonlughlio provides a preview of the release, including music, and an interview of the band’s guitarist Ben Janssen.)

This small preview is about Inhume, a Dutch BDM/Grindcore band that was founded back in 1994 who have released albums and shorter releases that for some (including me) are classics.  However, this project has not gotten the recognition it deserves, despite creating  quality music that is pure raw aggressiveness and reminds us of a golden era in the underground.

They have released some demos, splits, and four albums that are fast, deadly, in-your-face BDM/grind; the band just wants to rip your face off.  But their last release was the full-length Moulding The Deformed back in 2010, so you might understand that I’d given up on more music until I saw a FB status from the Xenocorp label that they would be releasing a compilation collecting all of Inhume’s demos and splits, tribute tracks, and previously unreleased material. END_OF_DOCUMENT_TOKEN_TO_BE_REPLACED