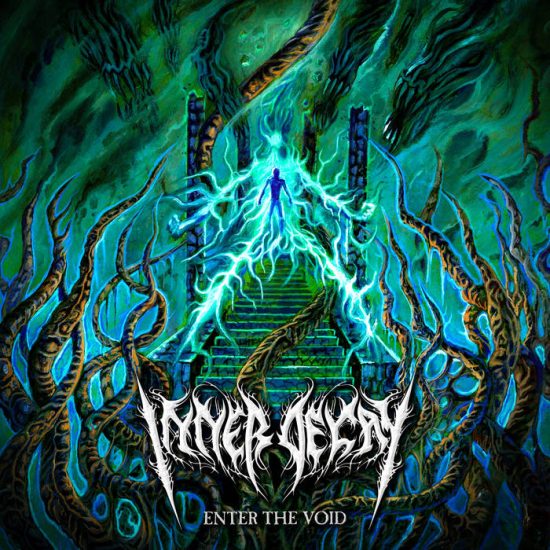 In the lore of demonology incubi are male demons believed to engage in sexual intercourse with sleeping women, and succubi are female demons believed to have sexual intercourse with sleeping men. In both cases, these nightmare couplings rarely have a good end. And thus the song that the Chicago-based death metal band Inner Decay have named for these demon spirits is itself a seductive horror.

“Incubi et Succubi” is the second track to be revealed so far from Enter the Void, Inner Decay‘s forthcoming second album, which will be released by the Romanian label Pest Records. It’s the exhilarating follow-up to the band’s 2018 full-length debut, Souls of War, and finds founding guitarist Tomasz Bielski and vocalist Silvestre Flores in harness with a slightly revised but still formidable line-up around them. END_OF_DOCUMENT_TOKEN_TO_BE_REPLACED