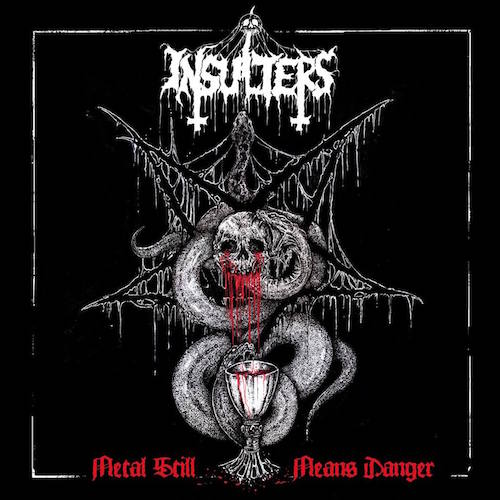 The Spanish band Insulters named their new album Metal Still Means Danger. It includes songs named “Bang Your Fucking Skull”, “Here Falls the Hammer”, and of course “Metal Still Means Danger”. When you openly brandish so many over-the-top heavy metal tropes, you run some risks — and you’d better be able to back it up with something more than bullet belts, pentagrams, and even the right kind of spirit. Insulters definitely back it up, as you’re about to find out.

A few days ago the mighty Swiss juggernaut Bölzer released another song from their new album Hero, which will be released on November 25 through Iron Bonehead Productions. The first song that appeared, “I Am III”, was more than 10 minutes long — a dramatic, majestic, dark, brooding, esoteric, and triumphant piece in which the band moved in some dynamic new directions. The latest track, “Spiritual Athleticism“, is a more compact affair and perhaps more in line with what we were expecting based on Bölzer‘s previous releases. END_OF_DOCUMENT_TOKEN_TO_BE_REPLACED