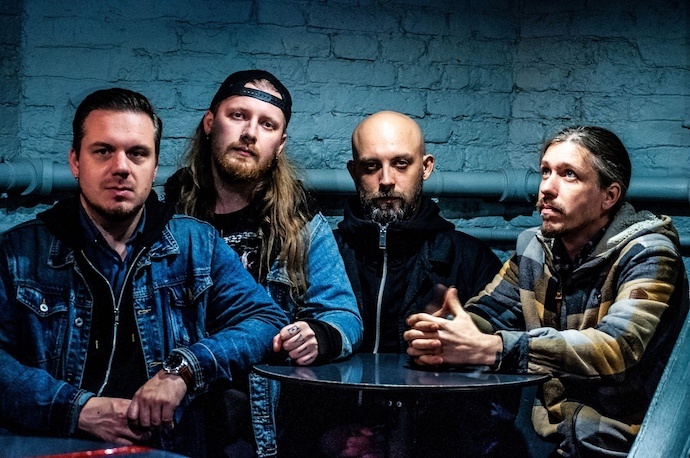 (Comrade Aleks has brought us this very lively interview with Kostek Dolganov from the Russian death metal band Cenobite, whose Hellraiser-themed debut album Dark Dimension was released in the fall of 2020.)

It’s strange but Metal-Archives indicates that only three metal bands bear the name Cenobite, and it seems that only the Russian followers of Hellraiser’s Leviathan cult are active.

The Russian band was formed by Chamber of Torture members – Kostek Dolganov (bass, vocals), Sergey Necrom (guitars), and Nikita Stepanov (drums). Well, actually there were three other drummers in this lineup, and the lineup who recorded the Dark Dimension album a year ago consists of Kostek and Sergey alongside Andrey Andrianov (drums) and Paul Skallig (guitars), who have already left the band.

But the lineup’s changes are the last thing that should interest our good readers, so it’s better to point out a far more important thing – that Cenobite perform pretty strict and thick death metal, and they do it well. As for other stuff… Kostek Dolganov is the one who can tell this story better. END_OF_DOCUMENT_TOKEN_TO_BE_REPLACED