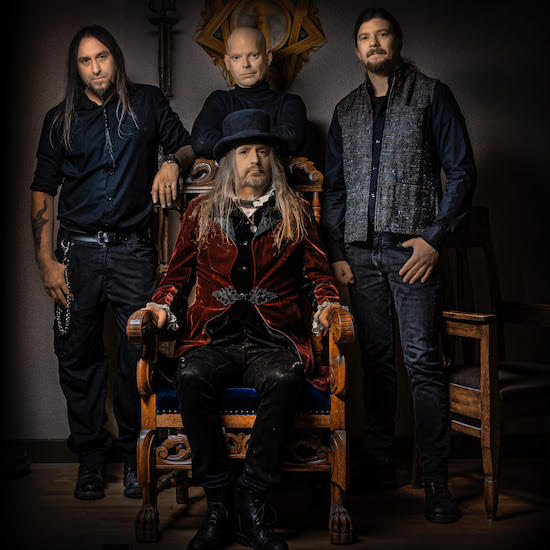 (In this new interview Comrade Aleks participated in an exchange with Jacob Nordangård, the principal creative force behind the Swedish doom band Wardenclyffe, whose new album Temple of Solomon was released this past February.)

As you may remember, Wardenclyffe Tower was an early experimental wireless transmission station designed and built by Nikola Tesla on Long Island in 1901–1902.  Such a bold endeavour! And yet it was too bold for its age.

The Swedish doom metal band Wardenclyffe doesn’t offer you something as innovative or technological as you might imagine from their name. Their doom(-death) is appealing yet absolutely traditional in some way. Though I can’t say the same about lyrics written by the band’s spiritual leader Jacob Nordangård. That’s hard to explain, and anyway we did this interview with him due the release of the band’s second album Temple of Solomon one month ago. We touched on a few contradictory themes here, and I believe everyone should do that from time to time… END_OF_DOCUMENT_TOKEN_TO_BE_REPLACED Sweden outfit Wardenclyffe were named after one of the most ambitious Nicola Tesla projects, so this doom band moves a bit aside from the main occult direction which was set to the scene by dark gods. Wardenclyffe consists of Ola Blomkvist from doom congregation Griftegard, Micael and Emil of death metal project Terrorama, guitarist of the black metal band Misercordia, Robert Karlsson, and former Doomsday Cult member and the band’s mastermind Jacob Nordangård.

I asked Jacob about Wardenclyffe, their debut record Control All Delete, and other stuff. It must be said that some of the answers were pretty unexpected. So, don’t waste time, and let’s read this interview in the name of Nicola Tesla!

Hi Jacob! Van Records released Wardenclyffe’s debut record on the 31st of January. What is the band’s state now?

We are preparing and rehearsing for a recording of the two new songs, “The Omega Point” and “Rockefeller”. Set to be released in December. END_OF_DOCUMENT_TOKEN_TO_BE_REPLACED