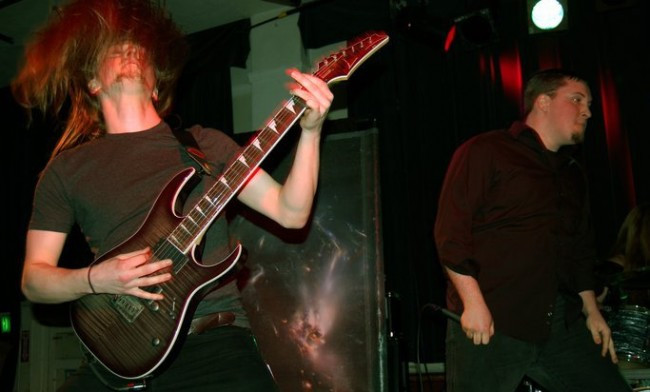 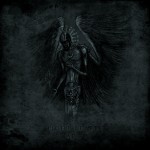 If anyone out there is a fan of the sludge/neocrust titans Fall of Efrafa, you know who Light Bearer are. The first track I heard was ‘Prelapsus’, and it was amazing. The track starts with the signature vocal magic from Alex CF. His harsh but emotional vocals really set the tone for this entire track. After a lengthy but necessary buildup, the track busts into an orgasmic display of bassist Tom Watson’s vocal range. When you hear Watson and Alex sing/scream the lines “We are the sons of fire, we are the daughters of light”, prepare to have chills from your head to your toes. END_OF_DOCUMENT_TOKEN_TO_BE_REPLACED 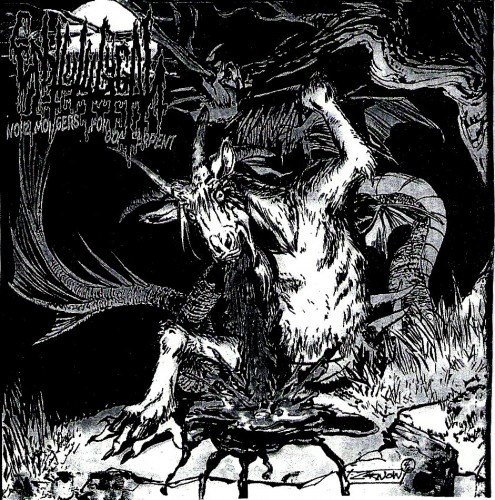 EDITOR’S FORWARD: Beloved readers, allow me to make a few introductions. Kenneth Parker is the vocalist for Arkhum, a Portland-based metal band we’ve written about frequently (most recently, here). Izedis is the vocalist and bass player for Enbililigugal, a self-described apokalyptic black noise band from the nether regions of California with “an insane vision of Frostfucked Black Metal Goatsodomy.” His bandmates are known as KumSlinger and Alcoholonomicon. Recently, Kenneth Parker interviewed Izedis for NCS, because, to be brutally honest, I was too fucken scared to do it myself.

Kenneth: It’s been quite a length of time since the release of your full-length, Noizemongers for GoatSerpent. Any plans, immedidate or otherwise, to unleash a second album?

Izedis: When the GoatSerpent commands, there is a feeling in which you get where you spontainiously combust in orgasmic fecaltude. The Full Length is called “The Day After” and in which it shows the destruction of this thing in the world called human beings, there is a sense of calm in the deaths. This is why there are many ways to interperate this blank expression of cunt noise. To tell you the truth, there is nothing that can be done to passify the trends from within the scenes of the mules known as consumers, so we just give it to the public the way they see it, no sense of hope. After this, the full length has no name but is in the works with Alcoholonomicon. KumSlinger made “The Day After” into a. And within this the senses will tell you to pull away and take the high road with The GoatSerpent. Run for the mountains now. END_OF_DOCUMENT_TOKEN_TO_BE_REPLACED 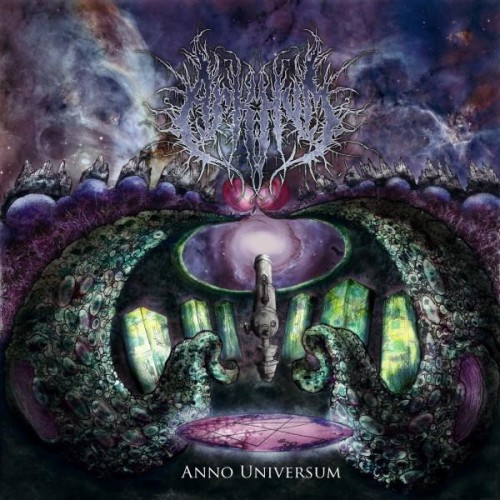 In this post, we’ll try to explain why Anno Universum has made such a strong impression on us and why we think you’ll be hearing lots more about Arkhum in the months to come.  (more after the jump, including a song from the new album . . .) END_OF_DOCUMENT_TOKEN_TO_BE_REPLACED 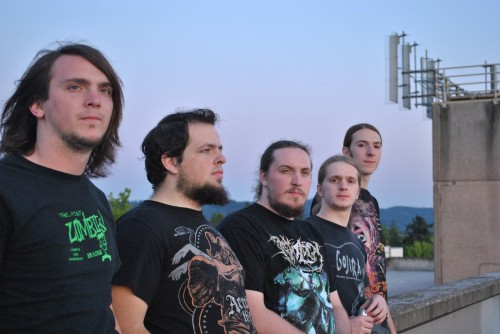 We were so excited about the just-released debut album by Oregon’s Arkhum — which we reviewed here — that after we got the chance for an advance listen, we asked if the band would subject itself to an e-mail interview.

Proving themselves to be kind-hearted as well as talented artists, guitarist Stephen Parker and his brother, vocalist and lyricist Kenneth Parker, agreed. They didn’t even try to back out after they saw our questions, which included such penetrating inquiries as what it’s like being in a band with your brother and whether they ever try to beat the hell out of each other.

In addition to getting the answer to that question, we also learned details about how Arkhum’s label-signing came about (which is breaking news all by itself), the science-fictional topics addressed in the album’s lyrics, Kenneth Parker’s recommendations about other bands, Arkhum’s future plans (including the next album), and more.

We thought the answers to our questions were interesting, and might be interesting to you, too. So, what follows after the jump is our interview of the brothers Parker from Arkhum. END_OF_DOCUMENT_TOKEN_TO_BE_REPLACED