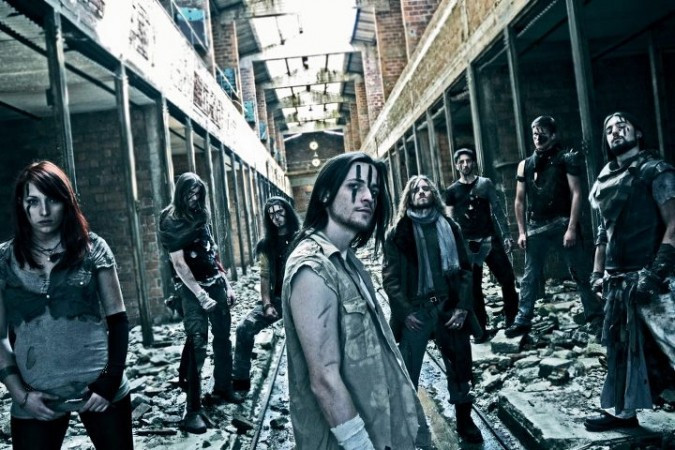 A stream of the new song is right after the jump, and I’m also including “Kronos’ Heritage”, a song in which folk influences are more pronounced. Like “Unspoken”, it’s very catchy.  END_OF_DOCUMENT_TOKEN_TO_BE_REPLACED 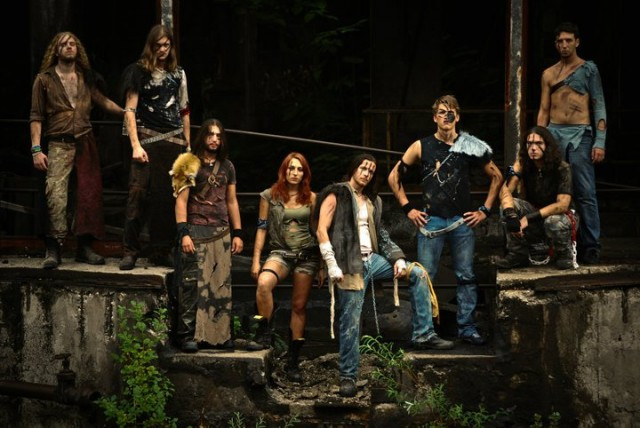 (Recently, NCS guest contributor Trollfiend reviewed the new EP by an Italian folk-metal band named Krampus. The album is called Kronos’ Heritage, and you can find Trollfiend’s review here. Today, he follows up that review with an interview of the band.)

First of all, thank you for taking the time to respond to this interview!

What made you choose the Krampus as the image to represent your band?

Well, the choice came after the name, chosen by the past guitar player Riccardo.

Your promo photos look very post-apocalyptic, not at all like the ‘swords and furs’ you usually see in folk metal bands.  Is this a theme you plan to pursue further?

We feel that this is the right outfit for our lyrical themes, all our songs are different from the “classical” folk metal themes. We talk about environmental problems, we speak against what we believe to be the new “demons” and foes of the modern world, but we try to do it with a “past values” approach. We think that everything went too far and we are probably heading to something we won’t be able to confront, if we keep wasting time and turning our heads away from all this, there will not be that much left to cry over. Let’s say, our “image”, it’s some kind of “word to the wise”.

END_OF_DOCUMENT_TOKEN_TO_BE_REPLACED 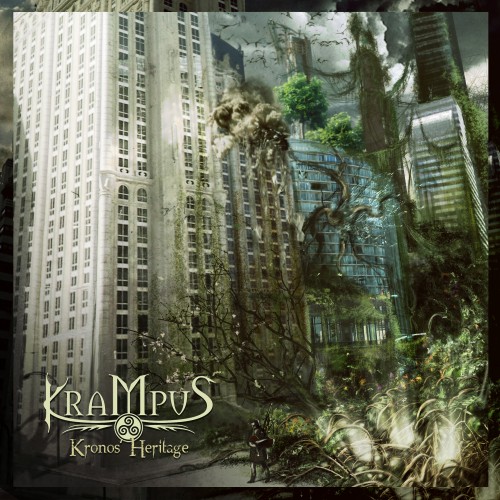 (Continuing with today’s theme, i.e., surrendering NCS to guest contributors, the inimitable Trollfiend let me talk him into reviewing the new EP from an Italian folk-metal band called Krampus.)

Okay, when I was asked to do a review of the new Krampus EP Kronos’ Heritage, I was pretty damn excited, because a) Krampus is folk metal, and I make no secret of my love, b) the Krampus is one of the coolest folk legends pretty much ever, and c) I’d never heard of them before, so yay new shit!

But I approached this album with trepidation. What if they sucked? What if, despite their cool-ass name/logo/concept and the fact that they are folk metal, they compiled into an awesome black hole of suckitude from which not even Norwegians could escape? If you know anything about folk metal, you will know that this is not an unreasonable fear.

After some half-assed research (which is the only kind of research I know how to do here at the Trollcave), I discovered that Krampus is an 8-piece band from Italy that plays Celtic-inspired folk metal. Okay, so far so good (with a small serving of lolwut). Also, they fully embrace the legend of the Krampus as a theme, which gets them extra points from me. But the real test was coming… what does Krampus sound like? More to my concern, are their vocals some kind of clean, hippie-esque trololol that is going to set my teeth on edge and make me lump them into a big stinky pile with bands like Kamelot and Skyclad? END_OF_DOCUMENT_TOKEN_TO_BE_REPLACED