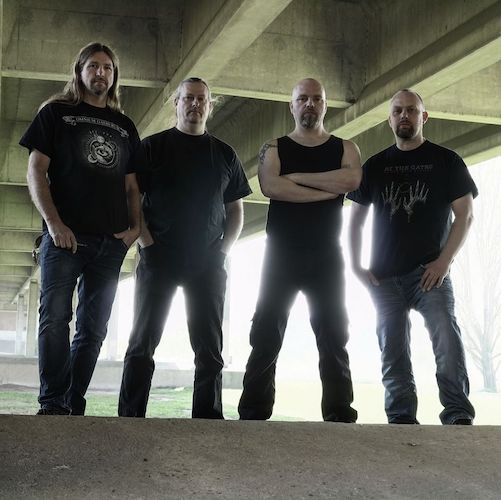 (In this interview conducted last year Comrade Aleks spoke with Eric Buizert, vocalist/bassist of the doom Dutch melodic death metal band Kurb Saatus, who first came to life in the ’90s and released their debut album in 2019.)

Kurb Saatus from the Netherlands celebrated their 25th anniversary last year with the release of… their debut full-length album!

Yes, I’m not kidding, this outfit who perform melodic death with minor doomy elements was formed back in 1994 but there were only a split with Officium Triste (1996), the single Never Forgotten, and a bunch of demos in their discography until May 2019 when The Withering was released. There are two members from the original lineup in Kurb Saatus — Hans van Wingerden (drums) and Eric Buizert (vocals, bass). So Eric is here! END_OF_DOCUMENT_TOKEN_TO_BE_REPLACED