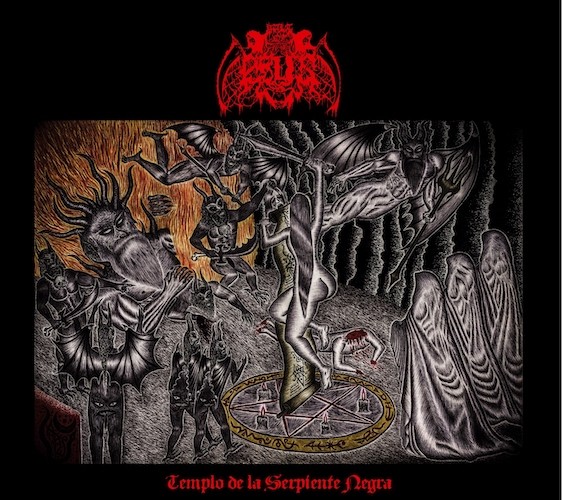 Shades of red and black dominate the color scheme of the video we’re presenting, as the hooded, cloaked, and corpse-painted quartet in Kvlt of Eblis perform their musical conjurations, surrounded by candle smoke and skulls. This particular black spell is named “Portal Utérico“, and it’s the final track on this Colombian band’s debut album, Templo de la Serpiente Negra, which was released by Morbid Skull Records on August 31st.

As this coven of two women and two men immerse themselves in the performance of the song, it’s easy to become immersed in the sounds as well, especially when it becomes apparent that the shape of the music is changing as the minutes pass. END_OF_DOCUMENT_TOKEN_TO_BE_REPLACED