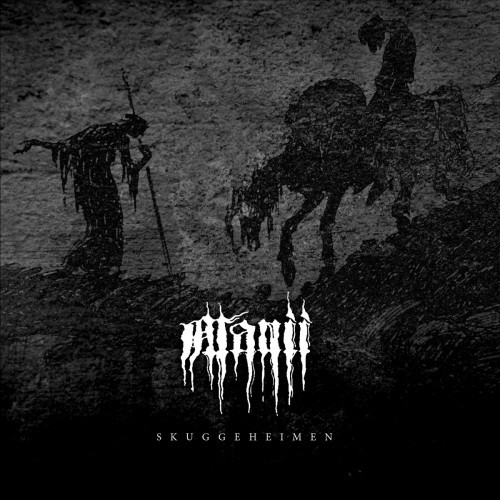 In its original incarnation, Manes was one of the primordial Norwegian black metal bands, a two-man group consisting of instrumentalist Cernunnus and vocalist Sargatanas who released their first three demos in 1993-1995, followed by their 1999 debut album Under Ein Blodraud Maane. As the years passed, Sargatanas parted company with the band and Manes transformed into a very different musical entity, as manifested on 2003’s Vilosophe, 2007’s How the World Came To An End, and last year’s Be All End All.

Yet while Manes followed its own course into avant garde and electronica territory, Sargatanas and Cernunnus reunited to form the band Manni, which released their debut album Kolaps in 2013. Manni have been at work on a second full-length that’s projected for release in a few months, but in the meantime Debemur Morti Productions has just released (yesterday) a new Manii EP entitled Skuggeheimen — and it is a return to Manes’ black metal roots in more ways than one. END_OF_DOCUMENT_TOKEN_TO_BE_REPLACED