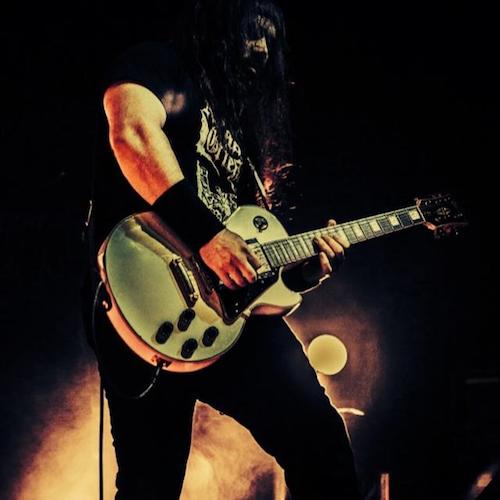 (Comrade Aleks brings us one more interview for 2017, and it’s a big one — an extensive discussion with Detroit-based vocalist/guitarist Michael Erdody, who is a key part of two distincive bands who released excellent albums this year — Acid Witch and Temple of Void.)

Michael Erdody is a perfect interlocutor. He plays in a bunch of bands, including two outfits which represent the stronger side of US extreme doom bands and has a lot to tell.

In 2010 he joined a lunatic psychedelic death doom carnival known as Acid Witch; he plays guitar with these monsters, and the release of the band’s third full-length Evil Sound Screamers on October 31st was a big event in the underground metal scene. Besides that, since 2013 he has run the bloodthirsty Temple Of Void, who are well-known for their uncompromising and aggressive death doom works; Michael is responsible for growls in the Temple, and their sophomore album appeared a few months ago on Shadow Kingdom Records.

I’ve tried to shoot two hares with one round and asked Michael about both bands. It took some time but I’m glad to say that he provided answers patiently and in detail. END_OF_DOCUMENT_TOKEN_TO_BE_REPLACED