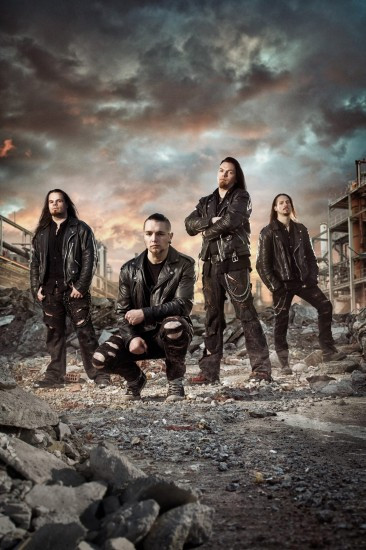 (In this new installment of KevinP’s interview series, he talks with Mika Lammassaari, guitarist of Finland’s Mors Subita, who have a new album named Degeneration coming out soon — and we’ve also got the official lyric video for the new album’s first single, “End Complete“.)

K:  So it’s been 4 years since the release of your debut album, Human Waste Compression, fill us in on what’s going on?

M:  To be quite honest, the last 4 years have been just a mere glimpse, it´s gone past so fast. During this time we´ve toured with Mors Subita and written the new album, obviously. Unfortunately, we also had a couple changes in the line-up, so that has caused a few grey hairs.

All in all it´s been a lot of great moments and we´re more than excited to be releasing the successor to HWC. Right now, we´re doing the final prepping for the release of the new album and rehearsing a lot with the band. END_OF_DOCUMENT_TOKEN_TO_BE_REPLACED