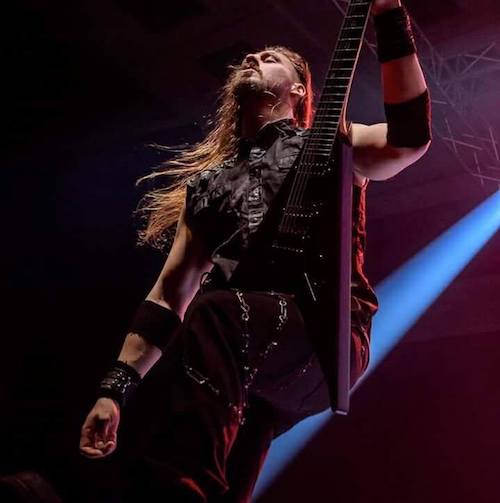 (KevinP returns to NCS with another edition in his series of brief interviews, this time talking with guitarist Mikka Lammassaari from the Finnish band Wolfheart, a perennial NCS favorite whose latest album Tyhjyys was released earlier this year and reviewed here.)

K: This is now the 2nd album you’ve been a part of after Tuomas [Saukkonen] handled all the duties himself in the debut, Winterborn. So has your role changed since Shadow World?

M: This is a pretty common misconception, since I was already contributing the guitar solos on Winterborn. On Shadow World my role expanded a bit as I wrote a couple songs and was more involved in the guitar recordings.

On the new album Tyhjyys, I had to step back a little bit because my little baby boy was born and I wanted to shift focus more towards life at home. I still managed to squeeze in the founding of one song and got to write the guitar solos, so I´m very pleased with that.

So my role actually got a bit smaller on the new album, but Tuomas did amazing work writing the songs and recording guitars, so all went well. END_OF_DOCUMENT_TOKEN_TO_BE_REPLACED