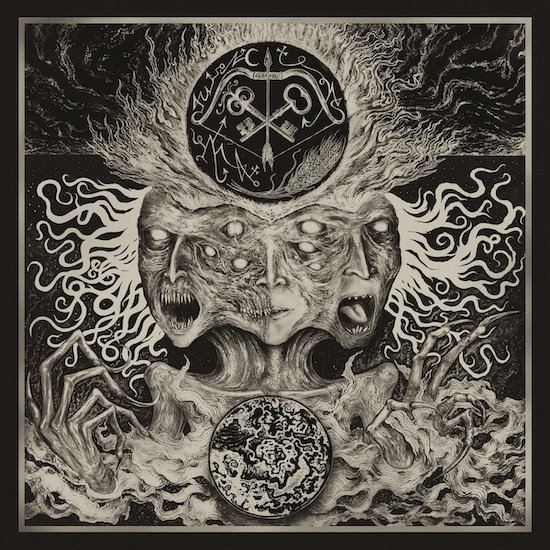 We are told that the Finnish band Moon Oracle was first formed by Sûrya-Ishtara and U after spending years searching for their own sound with previous bands, and that they then asked Harald Mentor to fill the role of vocalist, knowing his abilities from such acts as Ride for Revenge, Incriminated, and Uskonrauha, among many others.

What they’ve accomplished together is the creation of a 26-minute debut record entitled Muse of the Nightside, presenting music that’s equally informed by archaic black metal and eldritch doom. It is a strange and twisted experience, capable of invoking dread and fear but simultaneously proving to be charismatic in its own ghastly and primeval way — as you shall learn for yourselves through our premiere today of the record’s opening track, “The Huntress and the Hunted“, in advance of the full release on August 18th by Signal Rex and Bestial Burst. END_OF_DOCUMENT_TOKEN_TO_BE_REPLACED