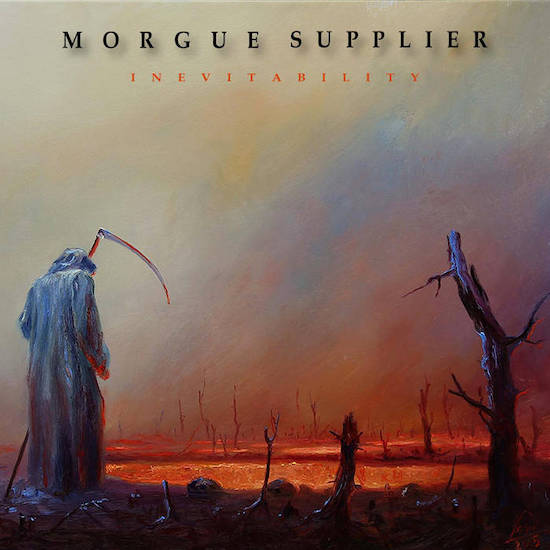 Chicago-based Morgue Supplier don’t rush things. The band’s roots go back to a group named Jugular Appetizer with one 1999 demo to its name, but after changing that name to the current one Morgue Supplier have put out only two albums and a pair of EPs over the last 20 years, with significant amounts of time in between them. Now they’ve got a third full-length on the way, six years after the last one. Its name is Inevitability.

Respect should be owed to a band whose music over the course of two decades has remained as vicious, as hate-fueled, and as abrasive as Morgue Suppier‘s — if anything, it’s grown even more unabashedly confrontational, even more unreservedly hostile, even more mentally discombobulating, like an increasingly difficult test of their listeners’ fortitude in body and mind.

On the other hand, as you’ll discover from the song we’re premiering today — the aptly named “My Path To Hell” — the band’s music also presents numerous unsettling fascinations, like drugs you know are potentially ruinous to your health but are still powerfully addictive. END_OF_DOCUMENT_TOKEN_TO_BE_REPLACED 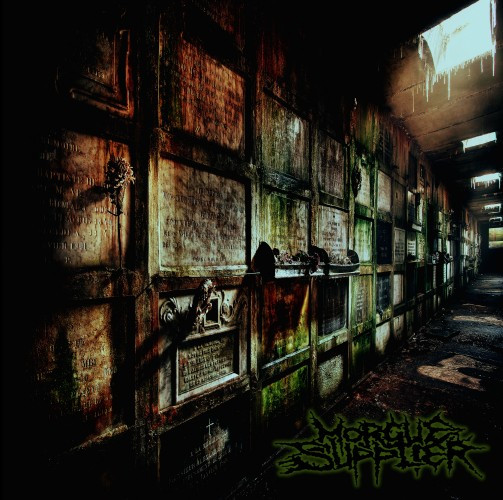 Morgue Supplier have been rotting away in some very dark urban crevice, festering for roughly seven years since the release of their 2009 EP Constant Negative. A whole hell of a lot of seething viciousness has been building up, and now it’s about to explode. On February 19 the band’s self-titled album will be released via Obscure Musick, and today we bring you a stream of the album’s opening track, “Heathen (The Throes of Poison)“.

The band’s roots go back to roughly 1997, when their original name was Jugular Appetizer, and in 2004 they delivered a debut album called Sociopath. Here in the present, the band’s only remaining member is vocalist Paul Gillis (Drug Honkey), and he’s joined on the new album by drummer/guitarist Eric Bauer (who’s been with the band since 2002) and bass-player Steve Reichelt. END_OF_DOCUMENT_TOKEN_TO_BE_REPLACED