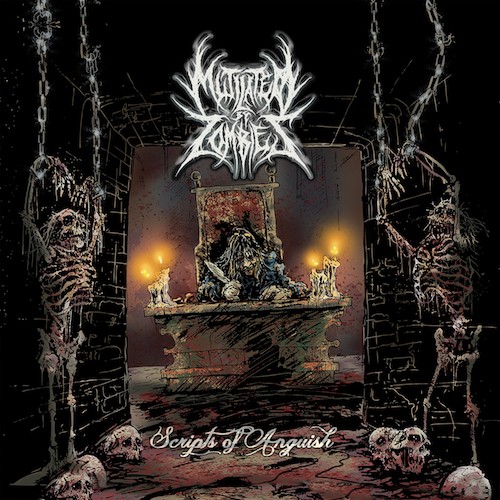 Based on the music in the song you’re about to hear — “Crippling Despair” — its title could be thought to have a dual meaning. Most obviously, it connotes paralyzing emotional devastation. But the track itself is crippling in another way — relentlessly heavy, mercilessly punishing, and remorselessly cruel.

Not for naught does Redefining Darkness Records drop references to early Cryptopsy, Monstrosity, Dying Fetus, and Deicide in describing the sounds of Mutilated By Zombies, a three-piece juggernaut from Iowa whose new album Scripts of Anguish the label will be releasing on October 5th. The music is undeniably vicious, and rhythmically compelling, and a throwback to a certain distinctively American style of old school death metal. END_OF_DOCUMENT_TOKEN_TO_BE_REPLACED