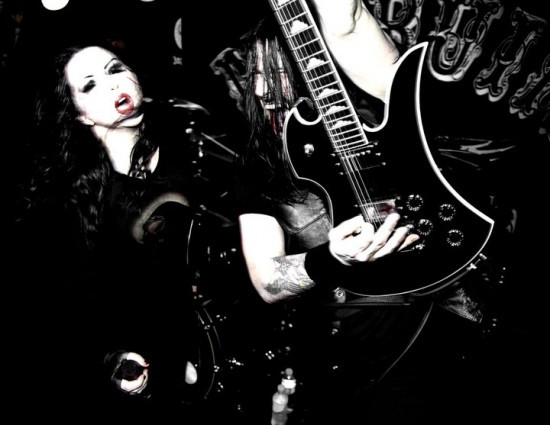 Still making up for the infliction of Amaranthe on your ears earlier today . . .

Part 2 of this day-long mini-series focuses on an L.A. band called My Ruin. As in the case of Wykked Wytch, this band is a new discovery for me despite the fact that they’ve previously release six albums, and a seventh one is about to debut. The core of the band is a husband and wife team consisting of vocalist Tairrie B and multi-instrumentalist Mick Murphy. The new album is called A Southern Revelation, and fittingly it was recorded in Knoxville, Tennessee.

Although the band has had label support in the past (and apparently an ugly falling out with their last label), the new album is 100% DIY and will be made available on December 7 as a free digital download on My Ruin’s Bandcamp page HERE.

To promote the album, My Ruin recently premiered an official music video for the album’s opening track, a song called “Tennessee Elegy”. The video was made by the band themselves and friends on a low budget, but it looks pretty good to me. As for the music on the new album, I’ve seen it referred to as Black Sabbath meets Black Label Society, and that’s a decent description, based on this one song. END_OF_DOCUMENT_TOKEN_TO_BE_REPLACED