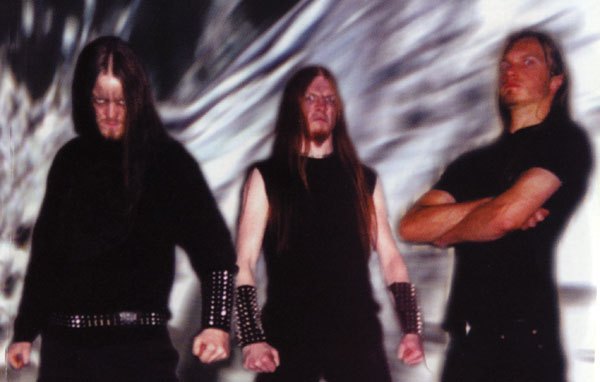 (Our supporter xBenx has compiled a series of guest posts, this being the sixth installment. Each one focuses on a different band that he fears may have been overlooked by the masses, and today the spotlight is on Norway’s Myrkskog. Those with long memories may recall that Myrkskog were also the subject of one of Andy Synn’s early SYNN REPORTS.)

For me, Myrkskog were somewhat overshadowed by Zyklon, understandable given the latter’s credentials, but the former were no slouches. In fact, their supreme blitzkrieg of blackened death, which is meticulously calculated in its delivery and jammed to the brim with gloriously scything glacial riffs, is gloriously addictive once you give in and submit yourself. What I like best is how the two genres are melded, they’re almost crystallised to the point where they are in complete harmony, yet there are brief instances where one still dominates the other.

Myrkskog are now back together apparently, and ’bout time. It’s been ten years since the last album and there’s no need to keep us waiting any longer. END_OF_DOCUMENT_TOKEN_TO_BE_REPLACED 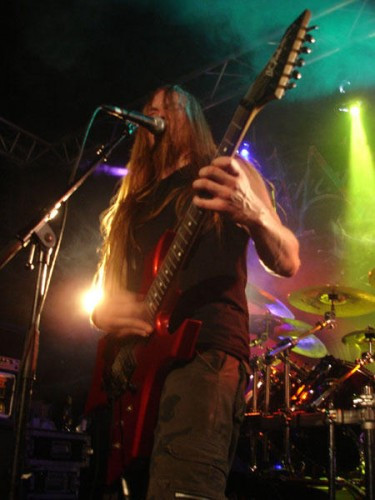 (NCS contributor Andy Synn joins us again with a look back at the music of Myrkskog.)

Hello ladies and gents. This edition of The Synn Report is going to be somewhat shorter than usual as I’ve also been focussing on getting one or two reviews done as well. Not to worry though, the next edition will once again be a lengthy and comprehensive retrospective (truth be told, next week’s band was originally intended to be this week’s band, but their discography is longer and a lot harder to define than this one, so I’ve gone for the easy option this time around!).

The band’s notoriety is partially down to their connection to Zyklon, the post-Emperor project of Samoth and Trym, effectively a continuation of Myrkskog’s musical legacy and featuring both Destruchthor and Secthdamon of Myrkskog. Early guitarist Savant M also went on to form the militant industrial black metal outfit Disiplin after playing his part in the recording of Deathmachine. However, you may or may not be aware of the members’ more high-profile positions in some legendary extreme metal acts, as drummer Secthdamon played bass for Emperor on their recent reunion dates and guitarist Destructhor has served time as a touring guitarist for 1349 and is currently a permanent member of Morbid Angel. (more after the jump . . .) END_OF_DOCUMENT_TOKEN_TO_BE_REPLACED