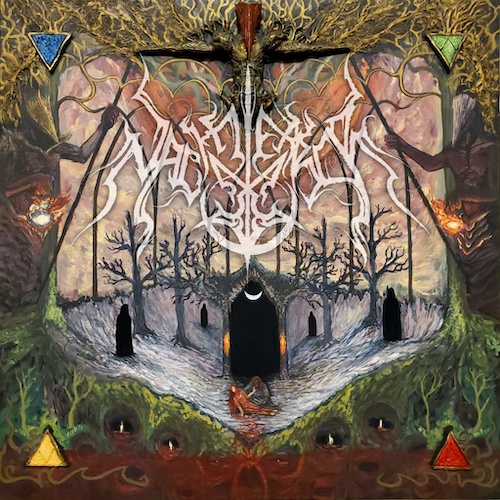 Nachtterror‘s new album Judgement is one of those rarities that lavishly combines music and visual art, presenting a separate piece of painted artwork for each track — and it’s even more rare because the visual artist is also one of the band’s two vocalist/guitarists. You can see his album cover above — which we’re presenting for the first time — and after the jump you’ll see his evocative art for the song, “Sea of Dread” that we’re premiering today in the run-up to the album’s October 10 release by Hypnotic Dirge.

Judgement is this Saskatchewan symphonic black metal band’s first release since their 2015 split with Altars of Grief, entitled Of Ash and Dying Light. That split made a huge impact on those of us here at NCS, and on many other listeners. We had the privilege of premiering a track from that split by each band, and Nachtterror‘s contributions to the split displayed gripping dynamism in their compositions and an ability to create enveloping atmospheres of darkness around the ebbs and flows of intensity.

Since then, as this new song reveals, they’ve become even more accomplished in their craft, though that shouldn’t be surprising since Judgement has been nearly 10 years in the making. END_OF_DOCUMENT_TOKEN_TO_BE_REPLACED 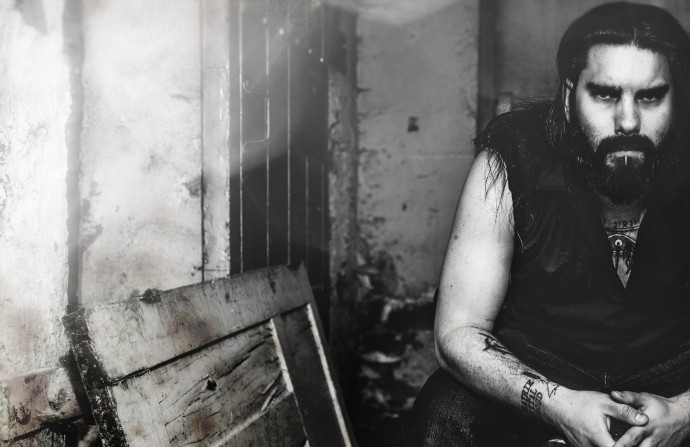 (Comrade Aleks interviews Erik from the Canadian band Nachtterror, for whom we had the pleasure of recently premiering a song from their new split with Altars of Grief.)

So we’ve reached the second part of the split-album Of Ash And Dying Light as I get in touch with the mastermind of Nachtterror, another band from Regina, Canada, who took part in this record alongside Altars of Grief.

Both bands show their best, creating a dark, mournful, and harsh atmosphere, but if Altars of Grief (with whom we did an interview a few weeks ago) are good in the doom/black genre, Nachtterror prefer symphonic black stuff. Let’s go further into the reign of ash and dying light with Erik.