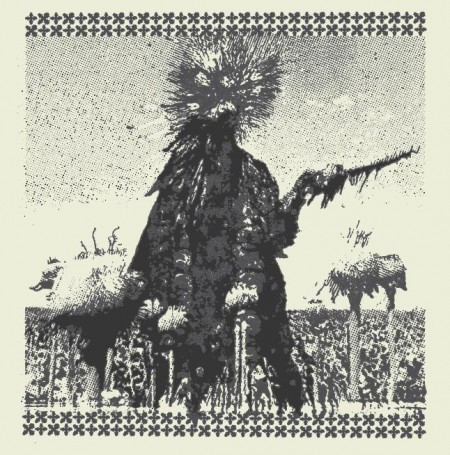 If you visit this site for more than a few days, you’ll realize that our interest in extreme metal spans a pretty broad range. On any given day, if we happen to be writing about a style of metal that isn’t your cuppa tea, just wait a day or two, because we’ll have moved on to a band that plays in a very different genre.

But sometimes in the course of listening to new music we coincidentally find ourselves in a groove. This week, by random chance, we’ve stumbled across bands that play in the chaotic sandbox of grindcore. Yesterday we wrote about Early Graves, a Bay-area band whose music includes grind among its influences. Today our fixation is a band from Portugal called Utopium, and their sound is even more strongly rooted in grind — though they’ve also added some other elements to the mix (just as their name appears to be an amalgamation of Utopia and Opium).

We first heard Utopium a few months ago on a A Tribute to Nasum, a compilation of Nasum covers by bands from all over the world, including the likes of Coldworker, Misery Index, Leng Tch’e, Rotten Sound, Mumakil, and Total Fucking Destruction. Within the last month, Utopium self-released their first album, Conceptive Prescience, and they’ve just made it available for download on that marvelous Bandcamp platform that we wrote about here.

Conceptive Prescience has some rough edges — though some would say that’s exactly what grind is all about — but Utopium has definitely got enough raw talent on display that we’re going to watch their future trajectory with interest.  (more after the jump, including a song to hear and info about where you can download the album . . .) END_OF_DOCUMENT_TOKEN_TO_BE_REPLACED