Twice in the last two weeks we wrote about unsigned bands (Flaming Tusk and From Exile) that have chosen to distribute their music through a service called Bandcamp. We hadn’t seen or heard of Bandcamp before then. Granted, we’re pretty fucking ignorant about a lot of things, and maybe this Bandcamp service is known far and wide throughout the metal world. But what the hell, we’re gonna write about it anyway — because it seems pretty damned amazing.

The main service Bandcamp provides is a channel through which artists can distribute their music at no cost to themselves. It gives the artist a dedicated web page and the ability to upload songs for streaming by fans, or for fan download at any price the band sets, or at no price. And that’s just for starters. There are a jillion other rad features — and we’ll hit all the high points after the jump.

And in case you’re wondering — since this whole post is gonna read like one big fucking advertisement — we’ve never contacted Bandcamp and they didn’t give us any consideration for this attention. We’re doing this for only one reason: Because there are too many good metal bands out there that don’t have label support, and maybe this post will give some of them an idea they hadn’t stumbled on yet. (read on after the jump . . .)

[Editor’s note: We extracted the info summarized below from the Bandcamp web site, and our summary is current only as of March 19, 2010. If you’re a band, you obviously need to read all the current details on the Bandcamp site in deciding whether to sign up.]

If you’re an artist, you’ve got to have a “lossless” audio file of your song or songs (more on that later). You upload those files, and Bandcamp then converts the files into “every conceivable format your fans could possibly desire” — mp3’s, FLAC, Apple Lossless, AAC, and Ogg Vorbis.

The band gets its own bandcamp.com web address, though artists can also replace the Bandcamp URL with “music.[band name].com” or just “[band name].com.” Bandcamp provides the web hosting for the page and unlimited storage — and most important, it hosts the audio files that the band chooses to make available to the public. 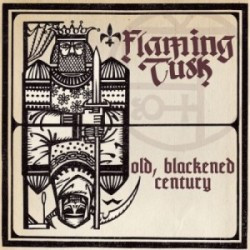 By accessing a band’s Bandcamp page, listeners can both stream the songs (as 128k mp3s) and download them. And bands can upload PDF liner notes, videos, album art, and other goodies which Bandcamp will include in the downloaded album’s zip file. Bandcamp adds all the necessary metadata to the audio files so that they’ll load into media libraries like iTunes with artwork, album, band, and track names intact.

They can even embed your lyrics into the download and will include individual track art if you provide it.

And here’s the especially cool part: The band can choose to allow downloads for free, or charge a set price per download, or let their fans name their own price (with or without a minimum, as determined by the band). In the two examples we came across, Flaming Tusk permits listeners to download their music for nothing or anything the user chooses to pay, while From Exile charges a set price of $7 for its album. Bandcamp also provides some cool ideas here for how to get listeners to fork over dough for your music.

There’s a “back-end” page accessible to the band that provides data on stream plays and downloads. And fans can get code that allows them to embed audio players in their own web pages for streaming of the selected songs (which we did in our review of Flaming Tusk’s album, if you want to see an example). 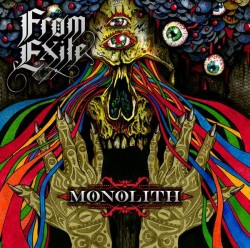 Bandcamp also allows bands to advertise and sell physical merch on their Bandcamp web page, either separately or in a bundle with the digital music. And in the works: the ability to add other typical band site features to the page, like upcoming shows, news/blog, bio, and photos. In the meantime, artists can add links to their Bandcamp pages on their existing MySpace, Facebook, and other band sites across the web.

Big important question: How much does this cost the band? Answer (in case you missed it the first time): The service is free.

So, how the fuck does Bandcamp make money? Here’s what they say on the Bandcamp site as of the date of this post:

“Our monetization strategy boils down to the simple belief that we should only make money if you make money. So, for example, we might take a cut of download and merchandise revenue, but only from artists selling over a certain amount per month (right now we take nothing over PayPal’s transaction fees). We don’t know yet what that theshold will be, nor do we know what percentage cut we’ll take.”

Now, more on that “lossless” file requirement. What Bandcamp requires for upload is a high-fidelity format like .WAV, AIFF, or FLAC. We’re not audio engineers, but Bandcamp says that new studio tracks are probably already in WAV or AIFF, and if you’re importing old tracks from a CD, they explain how to rip the tracks to WAV or AIFF using iTunes.

Bandcamp won’t replace record labels — at least not yet. An unsigned band still needs to figure out how to promote itself and how to finance other activities without label support. But as a vehicle for getting music out into the world and even making a little folding green at the same time, it’s the best thing we’ve seen yet.

If this is in fact all too good to be true and you know of a problem with this service, write us (islander@nocleansinging.com) or leave a comment. If you know someone in a band that you think might be interested in this, give em a link to this post as an intro.

And just to make our intro complete, here’s the video from the Bandcamp site (about 6 minutes) that gives you a graphic idea of how the whole thing works: