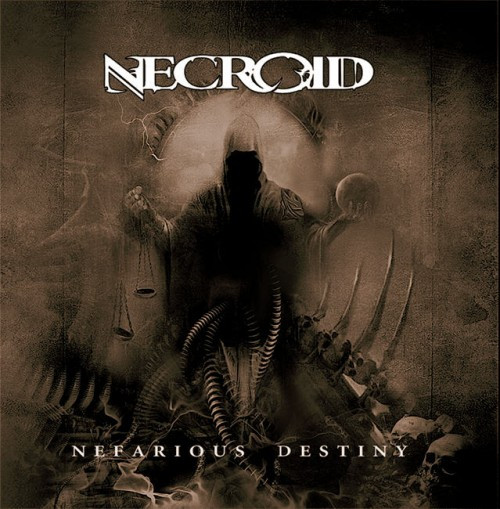 (DGR takes over this Sunday’s weekly  feature on the metal of yesteryear.)

I’ve decided to hijack the Rearview Mirror column this Sunday because there’s been an idea playing on my mind for the past few days, as I’ve been going over my music collection trying to dig up more obscure stuff that we’ve never taken the time to talk about on NCS — in some cases, because the site wasn’t around yet.

It’s the idea of abums that I’m not quite sure why I have, but when I give them a listen I find that they were generally good discs that I’ve forgotten about. Most of the time, I would argue that it’s because they were half-good albums, discs that to me were enjoyable but for whatever reason just did not stick.

There are a handful of albums out there that I would describe as half-good — hinting at greatness but instead dragged down back into the “good” realm for a variety of reasons. Whether because of odd song choices, too much time devoted to uninspired mid-tempo tracks, or strange production, they tend to weigh on me more than I’m willing to admit, mostly as I find myself saying, “You know, they were on to something with a handful of these songs”. More often than not, I find that my “half-good” discs tend to be from local bands, but in this case we’ll be going on an international trip to Germany. END_OF_DOCUMENT_TOKEN_TO_BE_REPLACED