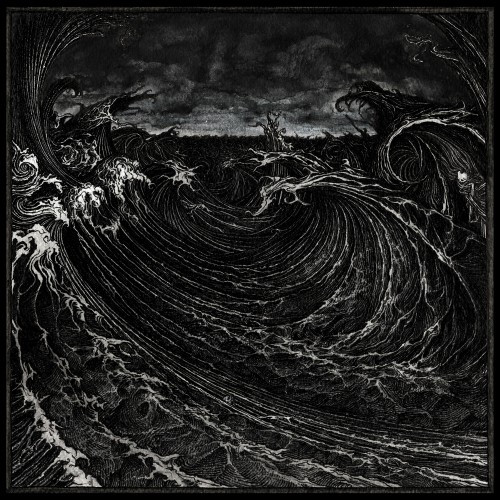 As an interlude between our second and third Gojira reviews today, I have for you a big old death metal dessert: three big scoops of Swedish sweetness. You’ll have to find your own whipped cream and nuts (yeah, have fun with that line in the Comments), but I got you covered on the core of this three-flavored sundae.

Of the three Swedish bands featured in this post, Necrovation is the least well known, and certainly a new find for me. I spied them because they have a new self-titled album that Agonia Records released today in Europe (it will be out in North America on August 14). This follows their album debut way back in 2008, which I haven’t heard, though it has the mouth-watering title of Breed Deadness Blood.

I’ve started listening to the new album, and so far it’s very impressive. Today, Agonia put up one of the new tracks for streaming on SoundCloud, and that’s the first big scoop of rich death metal in this dessert. The song is called “Sepulchreal”, and man, is it a trip. It begins with a deceiving instrumental, just a dreamy bit of ambience to get your guard down — and then it begins to rip hell with a blackened torrent of double bass and eviscerating guitar.

But there’s a lot more to come in the song, as it switches both tempo and style and lays out an attention-grabbing guitar solo before ramping up again for a blasting finish. Hope you like “Sepulchreal” as much as I did. It’s right after the jump. END_OF_DOCUMENT_TOKEN_TO_BE_REPLACED