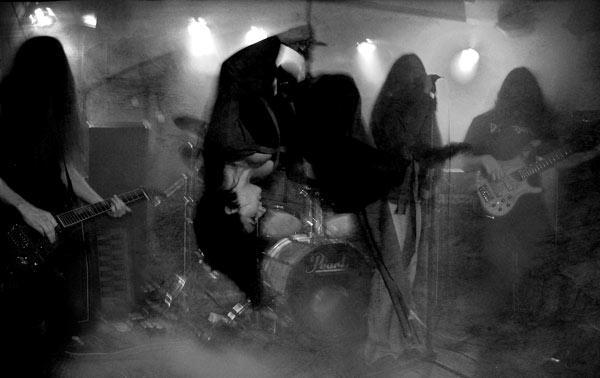 Universe217 is an experimental doom metal band from Athens, Greece. They’ve released two albums, a self-titled debut in 2007 and Familiar Places in 2011. I found out about this band through a Facebook post by another Greek band, Tardive Dyskinesia, whose music I know and like a lot (I’ve written about them many times at NCS, including this post). So far, I’ve listened to a grand total of two songs by Universe217, and those songs were performed as a single work for purposes of an unusual video.

The video was shot on a mountain outside Athens called Aloula, which is perhaps most famous because it’s the place where much of the marble used to build the Parthenon was quarried. The band and the film crew hiked with all the gear up the mountain for about 20 minutes, then set up and played. The performance was recorded live. Joining Universe217 were a couple of guest musicians — the vocalist from Tardive Dyskinesia (Manthos), who played guitar in this performance, and the drummer for a band called Need (Petros), combining with Universe217’a own drummer for a dual attack.

The video performance combines two songs — “Nothing” from Familiar Places and “66” from the band’s self-titled debut. The music isn’t as extreme as most of the music we cover at NCS, but it has a haunting quality that I found appealing, and I also just think it’s cool that they did this in one take, performing live on a mountain outside Athens. I was also impressed with the vocals of the band’s frontwoman Tania. Most of her singing is clean, though as the song builds in intensity she eventually kicks into some nice harsh crescendos. Check this out after the jump. END_OF_DOCUMENT_TOKEN_TO_BE_REPLACED