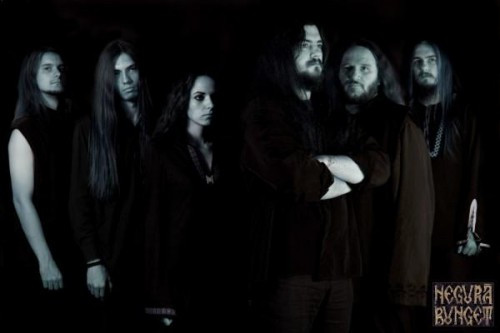 In the spring of 2009, undisclosed disagreements led to the departure of two of the three members of Romanian black metal band Negură Bunget. But although founding member Hupogrammos and Sol Faur were on their way out the door, they finished working with co-founder Negru on a re-recording of the band’s 2000 album, Măiastru Sfetnic. The new work, called Măiestrit, was recently released, and as we wrote yesterday, it’s a remarkably impressive work.

With Hupogrammos and Sol Faur gone, Negru set about recruiting a new line-up, including a guitarist and vocalist called Corb and a guitarist called Spin. In all, the new Negură Bunget is a six-piece band constructed to give even more attention to traditional folk instruments. And the new line-up has just released its debut album, Vîrstele Pămîntului (now available on iTunes).

We listened to Măiestrit first, and then wondered how Vîrstele Pămîntului would compare, both in musical style and in quality.

The answer to the first question is that the latter album has moved even further away from black-metal stylings and deeper into the territory of progressive folk metal. But in terms of quality, the re-constituted Negură Bunget has taken no steps backward. The new album is a passionate and entrancing combination of extreme metal and traditional folk melodies and instruments, and we like it a lot.  (more after the jump . . .) END_OF_DOCUMENT_TOKEN_TO_BE_REPLACED 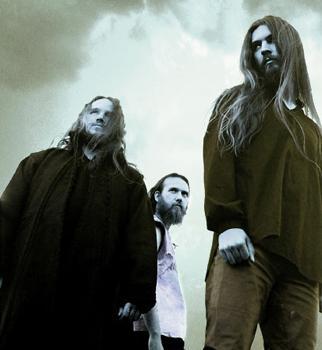 Obviously, we can’t comment on the previous release or contrast the old with the new. But considered as a stand-alone effort, Măiestrit is completely captivating in its emotional power and is one of the most impressive albums we’ve heard this year. (more after the jump, including a track to stream from Măiestrit . . .) END_OF_DOCUMENT_TOKEN_TO_BE_REPLACED