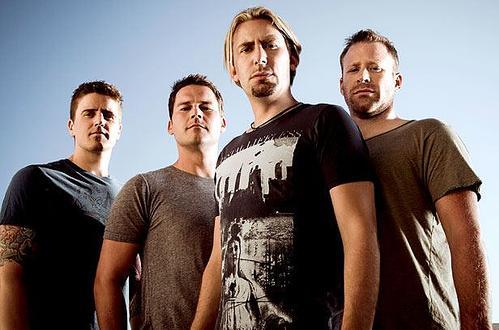 Oh what a difference a day makes. Yesterday I was congratulating Encyclopaedia Metallum – The Metal Archives on the addition of the 90,000th band to their remarkable band database (and celebrating the music of that band — Senobyte). And then today, thanks once again to a tip from Happy Metal Guy, I learned that Nickelback have now been added to that same database.

Yes, Nickelback. The band that all true metalheads love to club like a baby harp seal stranded on an ice floe. They are now polluting Metal Archives, right here, big as life and twice as smelly. And don’t think the moderators of Metal Archives didn’t know what they were doing. This explanation appeared last night on MA’s Facebook page:

After a long and harsh process, M-A has decided to add Nickelback to its database. Once our Canadian moderators brought up their early releases, and our German mods agreed in unison, we were forced to reconsider them. Indeed, their first album Curb is totally metal and influenced by Soundgarden and Alice in Chains who are both on the site.

We felt like explaining ourselves and we’re truly sorry to all their fans for this mistake, they DESERVED their spot on the Archives. END_OF_DOCUMENT_TOKEN_TO_BE_REPLACED