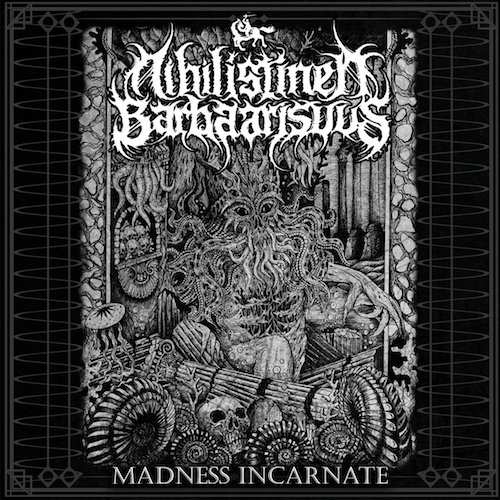 I first encountered “Immaculate Deconception” two-and-a-half years ago when it was released as a single on tape (by the Ukrainian label Depressive Illusions Records), and wrote about it here soon after. Later that year, in a revised recording, it was included on this band’s latest EP, Madness Incarnate, which was released by Symbol of Domination Productions (and is still available through that label on CD, as well as digitally). And now, we all have a chance to revisit this striking song because it has become the basis for a new lyric video that we’re premiering today.

For those who might be discovering Nihilistinen Barbaarisuus through this video for the first time, it is a Philadelphia-based black metal band co-founded by a man of Finnish heritage and dual citizenship (Mika Mage); the band’s name means “nihilistic barbarity”. On Madness Incarnate he composed all the music and performed guitars and synths, enlisting drummer Joffre Videz and bassist Manuel Rodriguez for the recording, and vocal contributions from James Dorton (Black Crown Initiate, Nightfire, Aborted Existence, Antikythera), Joel Robert Thompson (ex-Nihilistinen Barbaarisuus, Omelas), and Gary Hadden (Lesch-Nyhan) — whose voice you’ll hear and whose lyrics you’ll read on “Immaculate Deconception”. END_OF_DOCUMENT_TOKEN_TO_BE_REPLACED

In a previous edition of Shades of Black that appeared the day after Christmas 2015, I wrote about a striking video for a live performance by a band named Nabaath (who are Russian but now based in Ukraine), accompanied by dancer Mariya KarMa. The name of the song was “Iron In Your Throat”, and it’s one of nine on Nabaath’s third album, Common Graves, which was released last fall and is now available in full on Bandcamp. END_OF_DOCUMENT_TOKEN_TO_BE_REPLACED 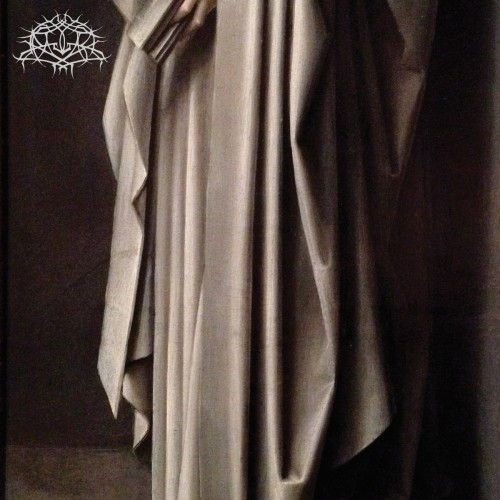 Lots of friends who know of my liking for New York’s Krallice shot messages my way this morning to make sure I knew that the band had just released a new album — which did in fact catch me by surprise. This new six-song offering is entitled Ygg huur, a name “stolen from Scelsi” (in the band’s words). That explanation didn’t immediately make sense to me, but after a bit of googling I now know that Ygghur is both a Sanskrit word for “catharsis” and the name chosen by Italian composer Giacinto Scelsi (1905-1988) for a piece he wrote for solo cello. I found a description of Scelsi’s composition that included these words: END_OF_DOCUMENT_TOKEN_TO_BE_REPLACED