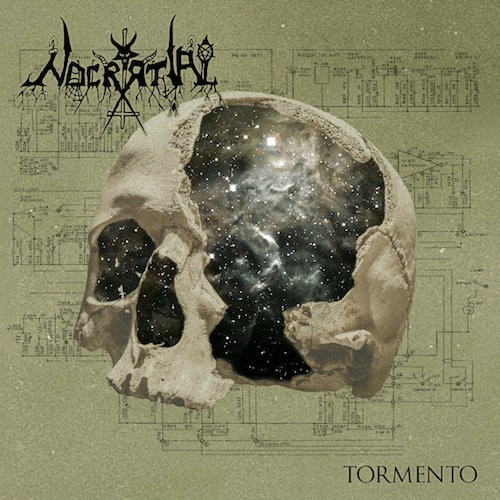 Nearly 20 years have elapsed since Nocratai was given birth as a solo industrial black metal project under the construction of an individual who took the number “4” as his identification. It continued as a solo project until 2008, when it became a full band, and in that year released an EP named Camera Chiusa. Three years later the band recorded their first album — Tormento — but it remained un-released until now.

And now, or rather on July 24th to be precise, it will be revealed through the cooperative efforts of GrimmDistribution (Belarus), The Ritual Productions (Netherlands), and Black Metal Records (USA).

We present for you today a track from Tormento named “Miseria 6.66 MHZ“, which on the one hand is cold and oppressive, but on the other, is a head-moving display of menace and madness. END_OF_DOCUMENT_TOKEN_TO_BE_REPLACED