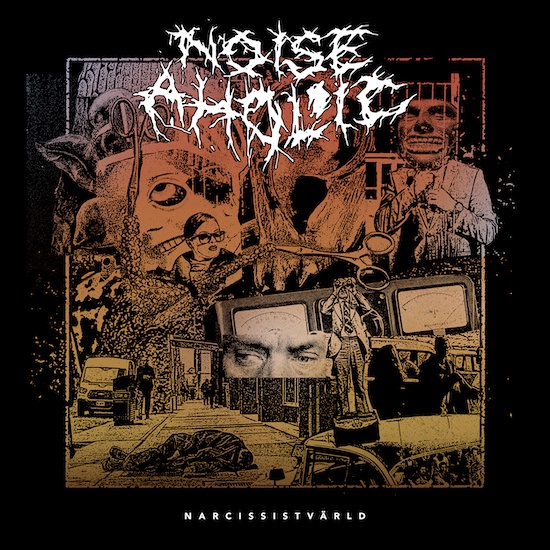 Man, have we got a wild and explosive experience lined up for you! And for that we give thanks to the veteran gang of Finnish crust-punk marauders who’ve joined forces behind the name Noise Aholic.

This project is the brain-child of Pedersöre crust-punk Owe Inborr, known for his work with Wolfthrone Studios, Dispyt, and Ondfödt. To help realize his savage visions on the new EP Narcissistvärld which we’re now premiering, he brought together a formidable group of guests who seem to have fully united behind those visions. They include: