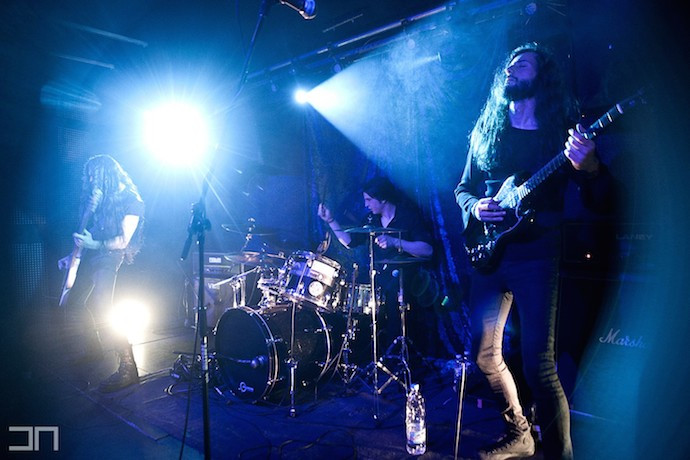 The geography of the doom metal scene is very wide; you can find interesting outfits all around the globe — in Iceland, in Tasmania, in Russian Siberia, and even on the Azores Islands in the middle of Atlantic Ocean. Some countries, such as the UK, are overwhelmed by doom bands while other countries are dark corners.

Obsidian Sea is a power trio from Bulgaria. Their first record Between Two Deserts was filled with good traditional doom and was released three years ago by Solitude Productions. When time came to do a sequel release, the men decided to do it by their own hands.

Here’s a record of our interview with Anton Avramov (guitars, vocals), so you have a chance to hear a story of Dreams, Illusions, Obsessions’ origin and Obsidian Sea’s perspectives. END_OF_DOCUMENT_TOKEN_TO_BE_REPLACED