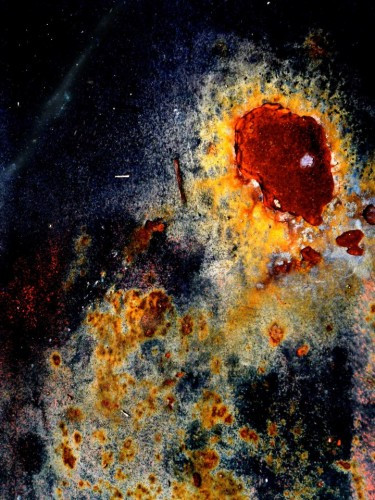 Did you miss our usual daily round-up yesterday? Well, you’re not alone. I missed it, too. In other words, I failed to write one. Instead, I decided I ought to do some of the work I actually get paid to do, even though I didn’t have a gun to my head. What a dumb idea. That meant I had to spend a few hours late yesterday and last night catching up on what I missed in the world of metal instead of continuing my experimentation on the development of pocket-sized nuclear fusion engines and the negotiation of lasting peace in the Middle East. But, you know, a person’s got to have his priorities straight. Here’s what I found:

I like Krallice. I also like synchronicity. Less than a week ago I reported that Krallice spent a week in the studio this month recording three songs for a forthcoming split release with a project of Blut Aus Nord’s Vindsval named Vjeshitza. And then last night I found that the unparalleled (((unartig))) had filmed a Krallice set at Public Assembly in Brooklyn on July 14 that included two untitled new songs. Could these be two of the songs on the forthcoming split? Oh, I bet they are.

The videos are kind of dark, but the sound quality is good, as it usually is with an (((unartig))) production. But you should boost the volume so you don’t miss Mick Barr’s guitar leads, or for that matter what Nick McMaster, Colin Marston, and Lev Weinstein are also doing. END_OF_DOCUMENT_TOKEN_TO_BE_REPLACED