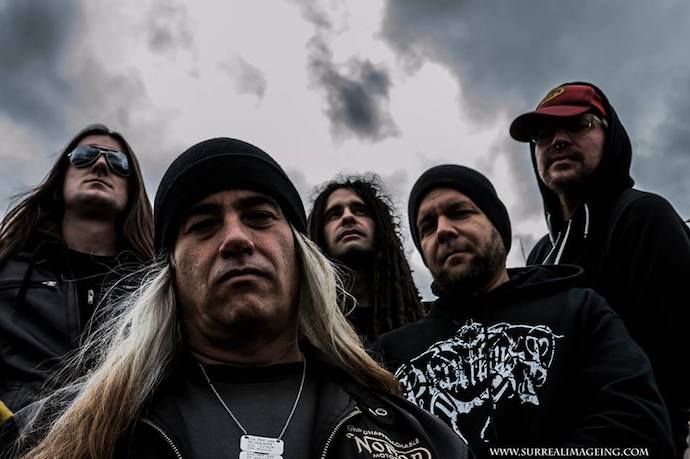 (After a hiatus in which Comrade Aleks was writing a book about doom, he returns to NCS with this very engaging interview of Cory McCallum, bassist of the Canadian band Olde, whose new album is headed our way next month.)

Olde (first known as Corvus) have provided their crushing down-tuned rumble since 2014. Olde’s place of origin is Malton of God-blessed Ontario… The band is big, they play as a quintet: Doug McLarty on vocals, Chris Hughes and Greg Dawson (who’s known also as a sound producer) play guitars, Cory McCallum is the bass player, and Ryan Aubin is the drummer, coming from Sons of Otis.

Their first record is a full-length album named simply I. Hypaethral Records released it as a 12” vinyl on November 12, 2014. Olde’s debut was a damn focused, tight, and fierce blend of doom and stoner with violent sludgy vocals. They kept well the balance, but they don’t identify the band with any of those things (though their songs contain elements of each). They just tried to write heavy riffs, heavy parts, heavy songs. They aimed for that, and they got it…

Olde’s second full-length Temple is going to be released by STB Records in August (it follows the band’s Shallow Graves EP, released last August). We made a decision to do this interview with Cory McCallum to bring you much information about this release. END_OF_DOCUMENT_TOKEN_TO_BE_REPLACED