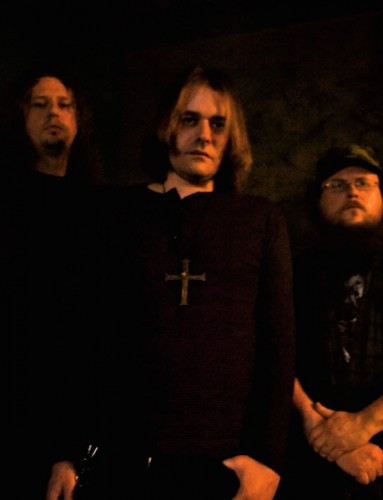 (Comrade Aleks returns to our pages with an interview of Olly Pearson, vocalist of the UK band Moss, plus music.)

Moss (Southampton, UK) started their way through the deepest doom sewers by practicing in the disciplines of sludge and drone in 2001. Their efforts brought certain success as the band secured a contract with Rise Above Records and somehow found the keys to the hearts of doomheads outside the UK and Europe.

One of the most significant steps for Moss was the recording of the Horrible Night album in 2013, which showed a new direction that the band had started to follow. It was still ruinous and tortured, darkest doom metal, but it was played in a more traditional way, with more clean vocals and a bit less distorted tunes.

Moss sounds unfriendly and sometimes harsh, but we’re spoiled enough to like it. So I’m happy to introduce you to Olly Pearson, the band’s vocalist. END_OF_DOCUMENT_TOKEN_TO_BE_REPLACED