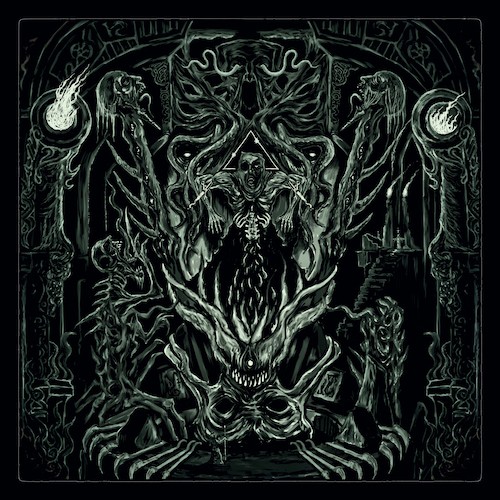 There’s no mistaking the moods of utter misanthropy and nightmarish horror that radiate from the music of Order of the Nameless Ones. Their sound envelopes the listener like a toxic miasma, poisons the mind, chokes the throat, and banishes the light from your eyes, creating visions of writhing, malignant forms obscured by shadow and promising only death.

The Lovecraftian sources of the band’s barbaric inspirations are evident; their devotion to the most horrid expressions of blackened death metal is unremitting. Not for the faint of heart, as they say, yet there is something addictive as well as virulent about these assaults on the mind, something weirdly mesmerizing as well as foul.

But judge for yourselves: We have a track from the band’s debut album for your consideration. The title of the album is Utter to Me the Word of Wrath, and it will be released by Iron Bonehead Productions on December 7th. The song is “Praise Your Sinister Form“. END_OF_DOCUMENT_TOKEN_TO_BE_REPLACED